We at G33K-HQ will once again be heading to northern Nevada to covering RAGECon in Sparks Nevada. Last year we had a wonderful time taking pictures and helping with the the cosplay costume contest. We got plenty of pictures of the game play and cosplayers. After hours we even got to participate in games from the game library.  Here is some of my pictures from last years event and  this years official press release. See you all soon.

Read all about this years event in the press release below:

In addition to board, card, dice, miniatures and  role playing games, the convention will feature special guests, tournaments, workshops, panel discussions, a cosplay contest and vendors selling everything from games to artwork based clothing. Some of the tournaments at the convention will be X-Wing, Warhammer 40k and Magic the Gathering. Experienced gamers will be on hand to teach new attendees, and  a game library of  more than 400 games will be available.

New to the convention this year, RAGECon  is proud to host the Double Exposure West Coast Championship tournament. It will feature five easy-to-learn card games, and the winner of each tournament will get a seat at the national championship at Gen Con 2016 in Indianapolis. Gen Con is the original, longest-running game convention in the world.

Back by popular demand, game designer John Wick will run several sessions of his popular role playing game 7th Sea: Second Edition. Wick successfully funded over a million dollars in Kickstarter campaigns for the game. Game designer Alan Ernstein also returns with popular games including Inca Empire and his newest game Alan’s Adventureland. Victory Point Games, game manufacturer and designer, will be back with Demos at their Vendor booth. 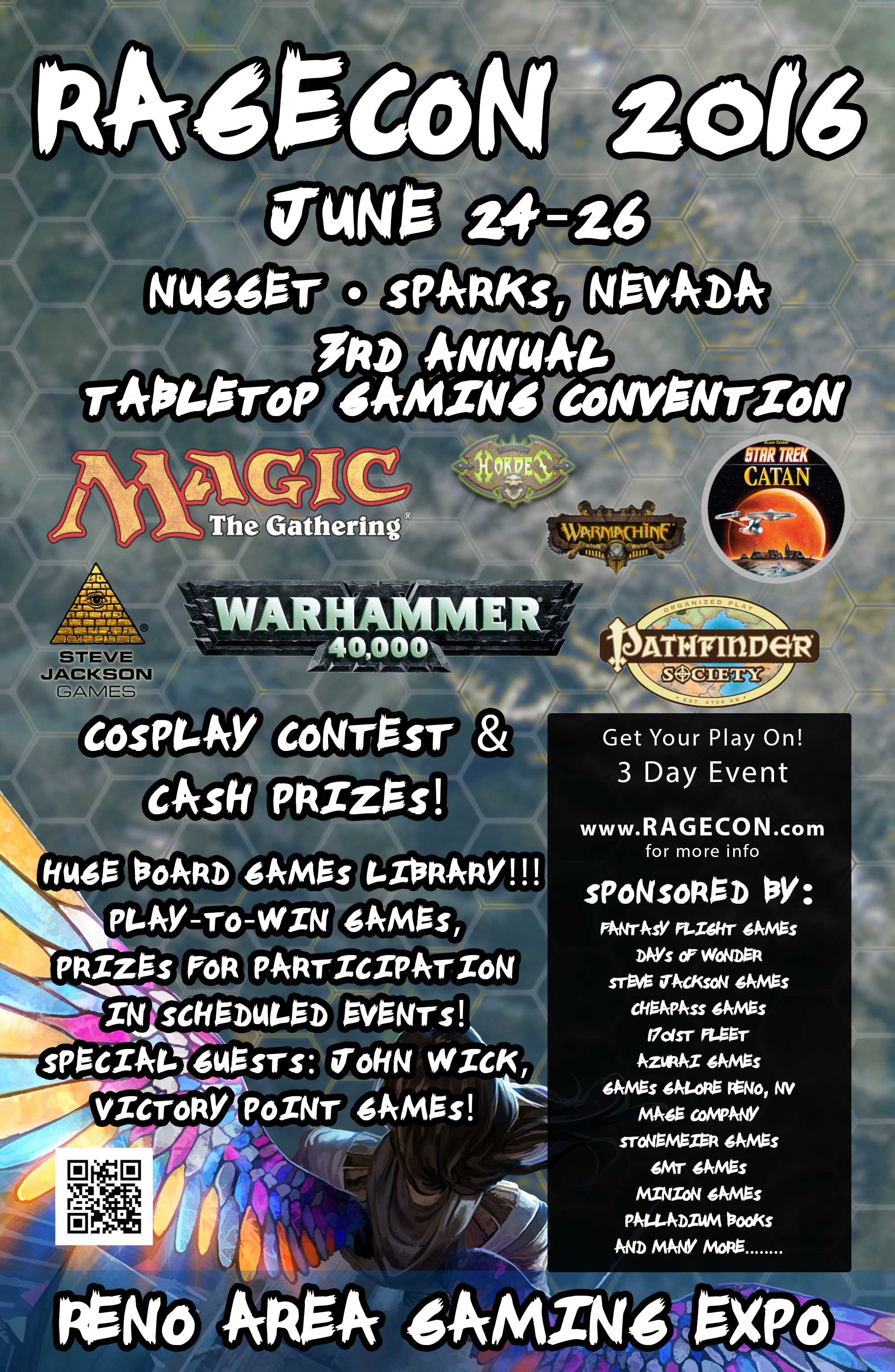 Enjoy some photos from last years event below:

Get up to date on where each star in the MCU is on their contracts and future films.