Film: The Iron Giant Signature Edition gets a new poster: 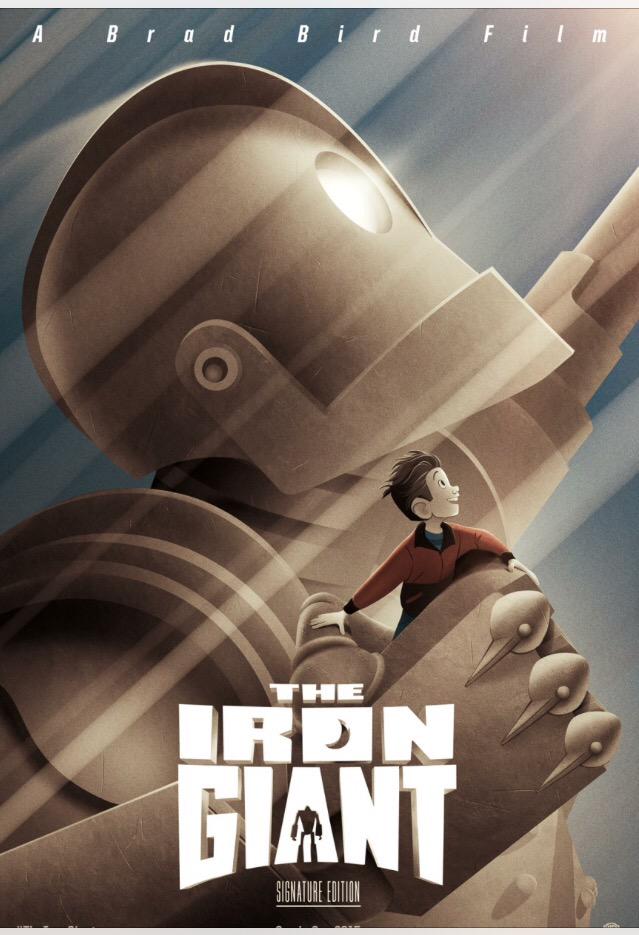 Thanks to Fathom Events you will get a chance to watch the The Iron Giant Signature Edition in theaters on either Wednesday September 30th, or October 4th. Exact locations and showtimes not released yet but will be soon

Ticketing: Tickets will be available soon. Sign up HERE for an email reminder or text CLASSICS toFATHOM (328466) for event updates.

Special Fathom Features: Enjoy the The Iron Giant: Signature Edition which has been re-mastered and enhanced with two all-new scenes.

Fathom Events and Warner Bros. are excited to bring The Iron Giant: Signature Edition to select cinemas nationwide for a special event screening on Wednesday, September 30 at 7:00 p.m. local time, with an encore event in select markets on Sunday, October 4 at 12:00 p.m. local time.

When “The Iron Giant” arrived in theaters, it was hailed as an “instant classic” (Joe Morgenstern, The Wall Street Journal). “Imagine E.T. as a towering metal man, that’s the appeal of this enchanting animated feature” (Roger Ebert, Chicago Sun-Times). And the world soon learned another “giant” had arrived as well: filmmaker Brad Bird, who made his stunning directorial debut with this film and has gone on to win two Oscars, as well as worldwide acclaim for his work on both animated and live-action features.

Winner of nine Annie Awards, “The Iron Giant” is the tale of an unlikely friendship between a rebellious boy named Hogarth (voiced by Eli Marienthal) and a giant robot, voiced by a then little-known actor named Vin Diesel. The voice cast also included Jennifer Aniston and Harry Connick Jr.

Apparently there will be NEW SCENES!!!! According to Fathom Events CEO John Rubey:

We can’t wait to bring this family favorite back its home on the big screen. The Iron Giant is meant to be seen and heard in movie theaters and this is a great chance for fans new and old to enjoy this classic, remastered with new scenes.

Just another G33k out in the verse having fun and helping spread g33k news and culture everywhere!!
@@jereslack

Digimon Returns to Theaters for the Last Evolution

After “Digimon Adventure Tri” concluded, it seemed like the Digidestined and their adventure had reached …