This year’s Lupin III, the first full-fledged television anime to star the legendary thief character in three decades, unveiled a new character on Wednesday. Rebecca Rossellini is a business ownerwith beauty to match even Lupin III‘s mainstay heroine, Fujiko Mine. In the first episode of the new series, an invitation to Lupin and Rebecca’s wedding, addressed to Inspector Zenigata, arrives. Fujiko, Daisuke Jigen, Goemon Ishikawa gather at the ceremony. 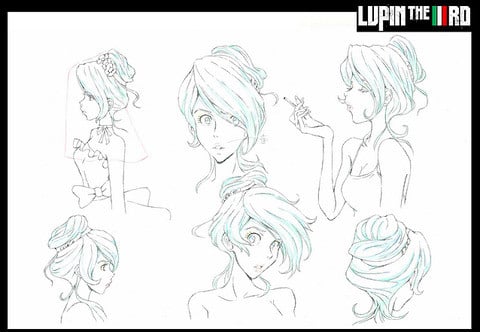 Rebecca is the young president of a conglomerate based in the Republic of San Marino, the story’s setting. She has also worked as a model and an actress, and has become an international “gossip queen” due to rumors of affairs with many celebrities. She has an independent wild streak, as well as a secret she cannot tell anyone. 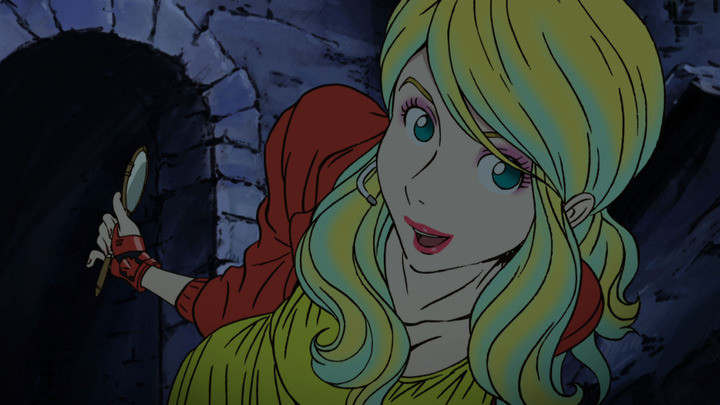 The new character is the “mysterious beauty” teased in the promotional video that debuted in April: 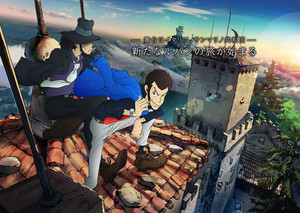 The series was originally announced at the MIPCOM event in Cannes, France last October. The series is set to have its worldpremiere on Italy’s RTI channel. The series will be broadcast in Japanese television this fall. The story of the new series will take place in Italy and San Marino, and it features a blue-jacketed Lupin in his 20s.

Monkey Punch, the creator of the original 1967 Lupin III manga, commented that he is excited for the start of a new animation series, and that he is looking forward to Lupin’s exploits.

Tomonaga noted that the Lupin III anime that his generation watched four decades ago was completely different from the previous anime aimed at children. He added that it had a very huge impact on the diehard adult fanbase. For the generation that already experienced that amazement as well as the generation unaware of those days, Tomonaga wants to make an exciting animation that is realistic yet sprinkled with fantastic elements. Furthermore, he wants to depict a Lupin in which conflicting elements coexist — hard-boiled yet comical, cool yet tongue-in-cheek.

Update: TMS updated the promotional video so that it no longer reports that the Italian broadcast will premiere in May:

A geeky girl with a love for comics, makeup and television. Cosplayer and jewelry designer. Check out my Etsy Store Kittens Geekery or me on facebook at KIttenSpeaksGeek
@http://www.twitter.com/raynekitten
Previous DAREDEVIL SEASON 2 ELEKTRA AUDITION TAPES LEAK ONLINE
Next MICROÏDS AND PAUL CUISSET (CREATOR OF “FLASHBACK”) ANNOUNCE THE RELEASE OF ADVENTURE AND PUZZLE GAME “SUBJECT 13” FOR PC AND MAC