Dynamite Comics just announced that they will be producing a new monthly Bob’s Burgers series. Some of the TV shows creators, such as Loren Bouchard will be helping work on the project. The new series will launch in July. 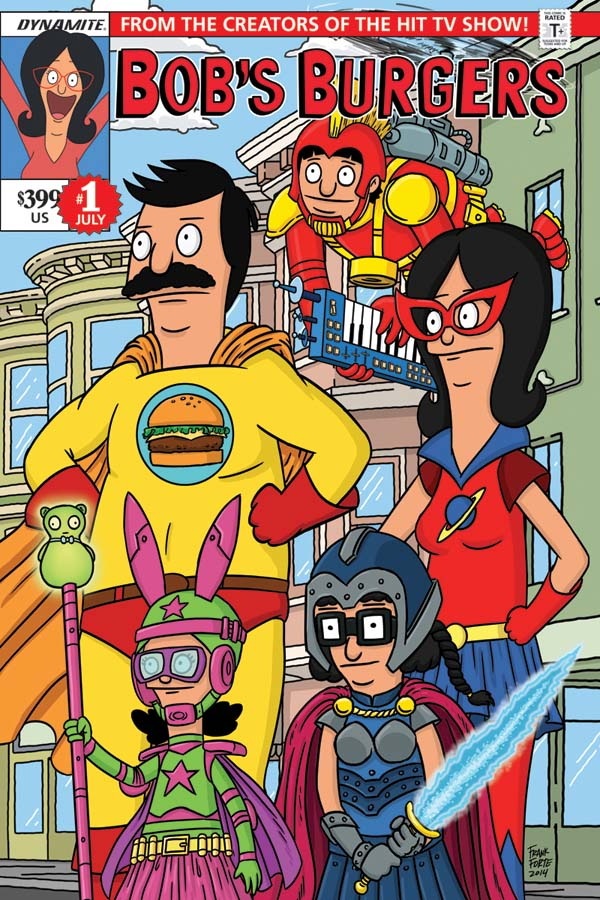 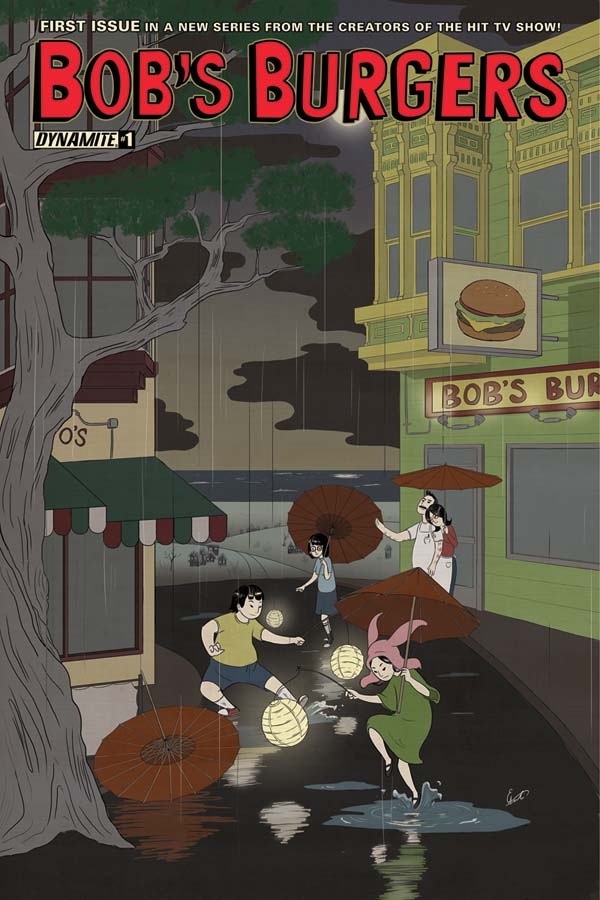 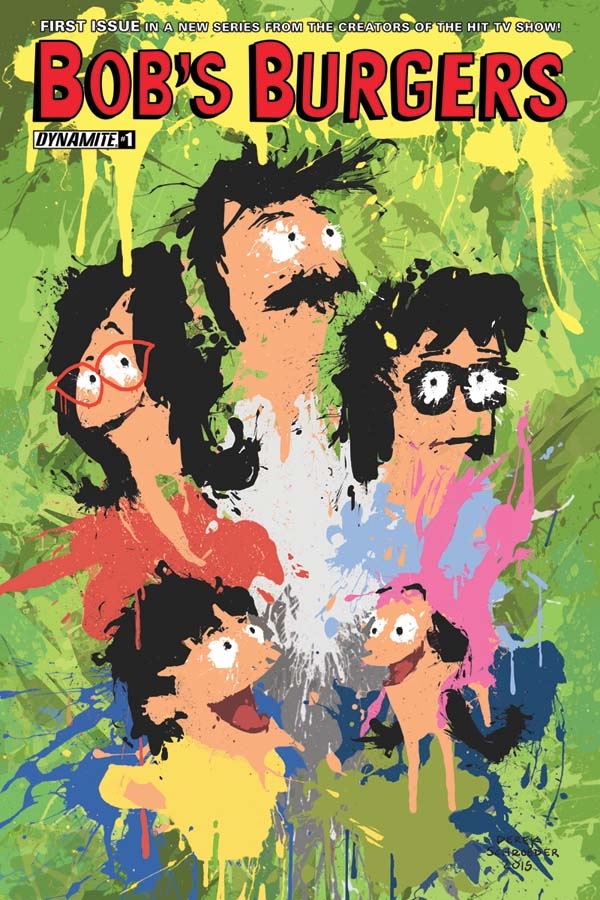 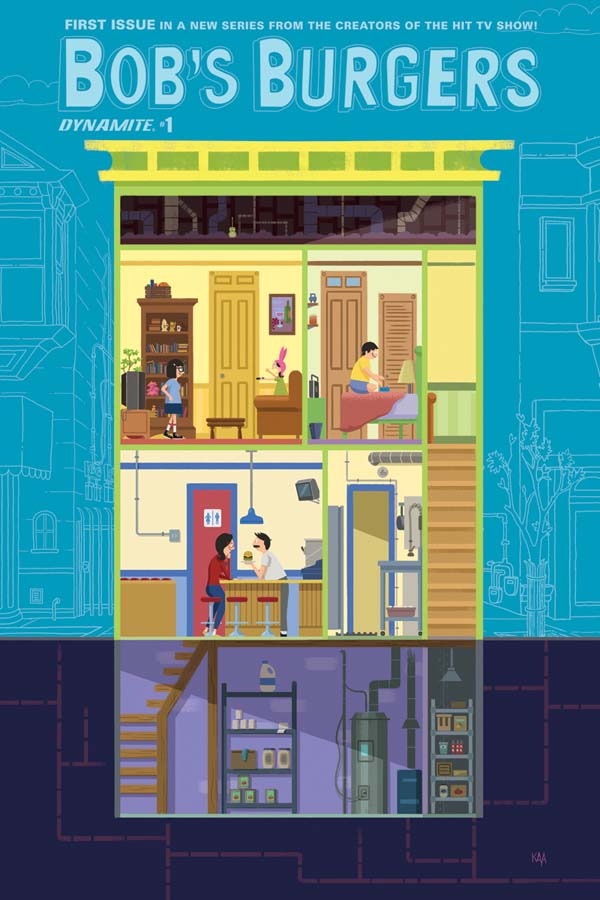 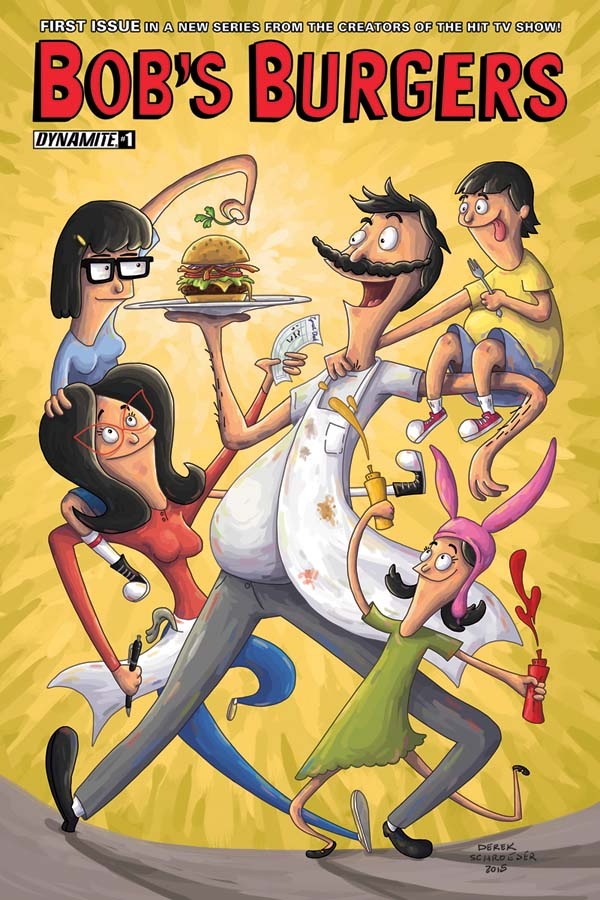 Dynamite Entertainment is proud to announce the upcoming July release of Bob’s Burgers #1, the first issue in an ongoing series that presents all-new adventures and antics of the Belcher Family, the beloved cast of the popular FOX animated comedy series. Building upon the success of their five-issue 2014 miniseries, Dynamite and partner Twentieth Century Fox Consumer Products welcome a creative team assembled from the actual television show producers and animators to deliver the engaging Belcher Family fun that millions of fans adore.

“Bringing Bob’s Burgers to the comic book medium is a lot of fun, because it allows us to tell stories that we wouldn’t normally do on the TV show and it allows our artists to illustrate them in equally unique styles,” says Mike Olsen, one of the contributing writers for theBob’s Burgers comic book series.

Loren Bouchard, the creator of Bob’s Burgers, says, “We want the comic to appeal to fans of the show, and to that end, we strive to protect the tone, the heart, and most importantly, the characters, just as fiercely as we do when we’re working on the TV show. If you enjoy the show and you don’t enjoy the comic book, then we owe you a comic book, or at least an apology.”

“We’re very fortunate that Loren (Bouchard) and his creative team of writers and artists are able to take the time to create some of the best comics in the industry today.  We wanted to wait to launch the ongoing series till Loren and his team were able to create enough material to do so, instead of continuing series of mini-series.   Bob’s Burgers has been successful thanks to the execution of Loren and his creative team.  When you think about it, Bob’s Burgers is the only comic in the industry that has the entire team of writers and artists work on the comic.  It truly is canon and no other comic in the industry has the entire creative team working on the series.” States Dynamite CEO/Publisher Nick Barrucci.

Just another G33k out in the verse having fun and helping spread g33k news and culture everywhere!!
@@jereslack
Previous Film: A Galaxy Quest TV Series May Be In The Works
Next Game: New 3D Adventure Time: Finn and Jake Investigations Game Announced