Another Famous Actor Who Was Considered for Burton’s Batman 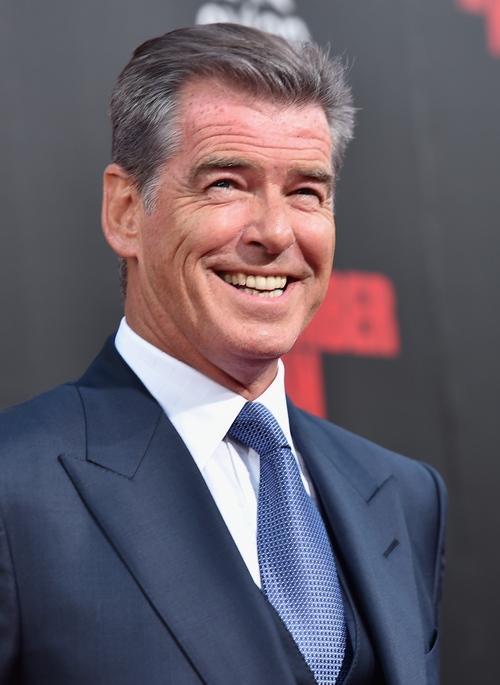 Can you imagine a world in which Pierce Brosnan is better known for saying “I’m Batman” rather than “Bond…James Bond”? According to the retired 007, that reality almost came to pass.

In a Reddit AMA promoting his latest movie, The November Man, Brosnan revealed that he met with Tim Burton back in the late ’80s about the possibility of donning the Dark Knight’s cape, cowl and utility belt. But the conversation more or less ended before it began.  “I just couldn’t really take it seriously,” the Ireland-born actor wrote. “Any man who wears his underpants outside his pants just cannot be taken seriously.  That was my foolish take on it. It was a joke, I thought. But how wrong was I? Don’t get me wrong, because I love Batman, and I grew up on Batman.  As a kid in Ireland, we used to get our raincoats and tie them round our neck and swing through the bicycle shed.”

Brosnan wasn’t the only actor who was considered for the role before Burton’s Beetlejuice buddy, Michael Keaton, claimed it. Mel Gibson was one of the leading candidates, but Warner Bros. needed to keep his schedule clear for Lethal Weapon 2, which hit theaters two weeks after Batman in the summer of ‘89. Newly minted superstars like Kevin Costner and Alec Baldwin were also in play, along with such left-field candidates as Charlie Sheen and Bill Murray. (In a Late Show with David Letterman appearance earlier this year, the Ghostbusters star — who was randomly suited up as an early 20th century superhero, Peter Pan, at the time — addressed his near-brush with Gotham, saying “God, I would have been an awesome Batman.”

In the end, Burton wound up selling the studio on Keaton, though his casting headaches continued beyond the movie’s hero. Sean Young came and went as Vicki Vale, while Robin Williams missed out on a chance to play the Joker, not to mention earning Jack Nicholson’s record-setting payout. For his part, Brosnan only had a mere six years to wait until his date with Bond was finally confirmed, by which time both Keaton and Burton had flown the Batcave anyway.

Beyond the Bat-news, here are some other fun tidbits Brosnan dropped during his AMA:

*The lone piece of Bond memorabilia in his personal archive is a credit card that can also be used as a lock pick. Just in case he’s not pleased with his hotel accommodations, obviously.

*He doesn’t feel at all guilty for being one of the first to kill his GoldenEye nemesis Sean Bean onscreen, launching a proud tradition that continues to this day.

*It only took Robin Williams two takes on the Mrs. Doubtfire set to nail him in the head with that lime missile. After shooting wrapped, Williams gifted him with a bound copy of the screenplay and inscribed it: “Thank you for putting up with this foulmouthed old bag.”

Evil genius and future ruler of this puny planet.
Previous Guardians of the Galaxy Concept Art
Next “Red Dwarf” Set for 11th Season