First Look at the Atom on Arrow TV Series 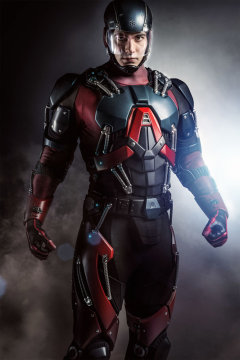 As revealed at the Television Critics Association press tour last month, Arrow‘s creative team is batting around a “very general idea” for an Atom spin-off, though it’s in the early stages. “Could there be another hour in that [DC Comics] universe? Possibly,” said network president Mark Pedowitz. “As long as there’s no audience fatigue.”

Prowse died following a short illness Saturday, his agent confirmed to the BBC.