Until now, the only official, confirmed version of the Vision came via a tiny rear-view image (below) in the puzzle-like character posters released at San Diego Comic-Con in August. 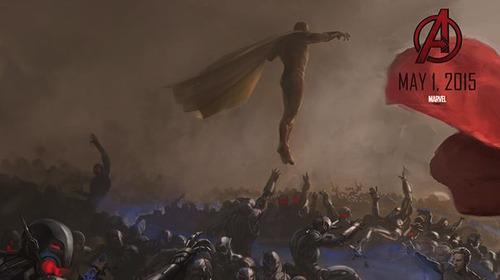 Indeed, there was nary a sign of the fan-favorite android Avenger (played by Paul Bettany) in either of the first two trailers.

But we just got our closest look yet of the colorful hero set to make his debut May 1 in Avengers: Age of Ultron.

Albeit in Lego form. 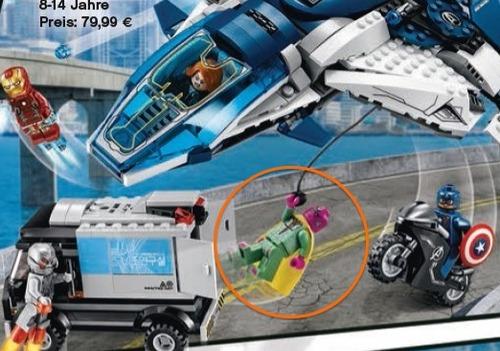 The image comes from the German edition of the 2015 Lego catalog and is part of a set that also features the new Quinjet, an armored truck, and minifigures of Captain America, Iron Man, Black Widow, and Ultron (or one of his drones). Presumably, the Germans aren’t as concerned with spoilers as the folks Stateside because the U.S. version of the catalog, mailed out weeks ago, doesn’t contain any of the Age of Ultron toys below (which include a pretty radical Hulkbuster faceoff).

Our guess is the Danish company is waiting until the massive New York Toy Fair trade show to showcase the new sets, presumably sticking with whatever deliberate plans Marvel has for revealing its cinematic vision of Vision.