Fans are understandably excited about the slew of Marvel movies that Marvel Studios announced last month there are two Marvel films that are poised for release next year:  Joss Whedon’s sequel Avengers: Age of Ultron hits in May, and then we’ll get Ant-Man in July.  Ant-Man is currently in the final stretch of principal photography in Atlanta, and by now you’re no doubt familiar with the project’s shaky road to production.  Writer/director Edgar Wright parted ways with the film months before filming, Marvel hired Adam McKay to rewrite the screenplay, and Peyton Reed replaced Wright in the director’s chair.

One of the most intriguing questions about the project concerns the version of the film we’ll never see: Edgar Wright’s.  Actress Evangeline Lilly, who plays Hope Van Dyne in the film, hasn’t been shy about speaking her mind with regards Wright’s departure, and in a new interview she reveals that she almost left the project altogether and discusses how Wright’s vision differed from the new script.  More after the jump. 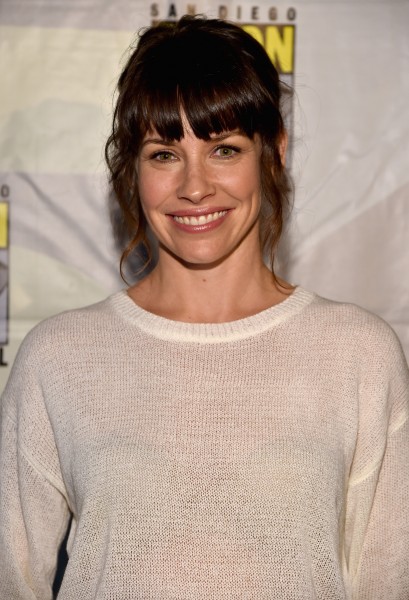 Speaking with Buzzfeed, Lilly said that she initially turned Ant-Man down outright, but upon learning that Paul Rudd was set to star, agreed to read the script.  The actress discussed how Wright’s take on the material was a brilliant way to address the two different characters that have donned the Ant-Man suit in the comics:

“I thought Edgar’s idea to blend the [Hank and Scott] stories was brilliant. You’re going to have fans up there who insist that you tell the story of Hank Pym, and fans up there who will be more on the Scott Lang side of it. … I think we are going to come close to pleasing them all. And what’s cool is that, you know, Janet Van Dyne is my mom. Hank Pym is my father. I was raised by two superheroes. I’m no schlump. I’m a pretty smart, competent, capable, kick-ass female. She’s very cool.”

Like all of us, Lilly was surprised when Wright left the project over creative differences with Marvel, and she found herself in the position to choose whether she stayed on or left the film entirely:

“[I was] shocked. And mortified, at first. Actually, I wouldn’t say mortified. You know, a creative project is a moving target. You never end up where you start. But we all, I think, signed on very enthusiastically with Edgar. We were excited to work with Edgar. We were fans of Edgar. So when the split happened, I was in the fortunate position where I had not signed my contract yet. So I had the choice to walk away, and I almost did. Because I thought, ‘Well, if it’s because Marvel are big bullies, and they just want a puppet and not someone with a vision, I’m not interested in being in this movie.’ Which is what I was afraid of.” 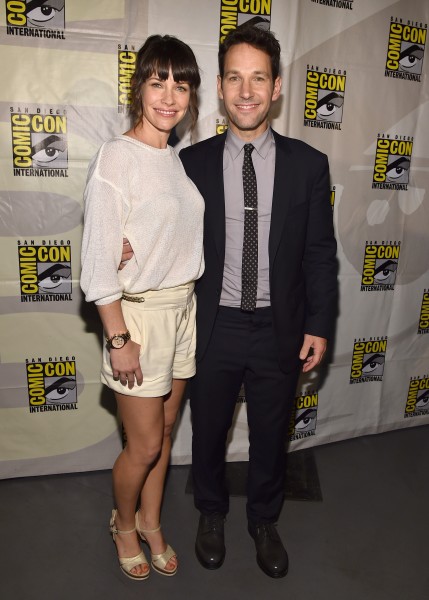 Obviously Lilly opted to stay with the project, and while McKay previously told us he made the film more “aggressive” and bigger, she explains how the new script differed from Wright’s take on the material:

“I saw with my own eyes that Marvel had just pulled the script into their world. I mean, they’ve established a universe, and everyone has come to expect a certain aesthetic [and] a certain feel for Marvel films. And what Edgar was creating was much more in the Edgar Wright camp of films. They were very different.”

Lilly continued, saying Wright’s Ant-Man would’ve been fantastic, but it would’ve ultimately been an odd duck in relation to the Marvel Cinematic Universe ouevre:

“I feel like, if [Marvel] had created Edgar’s incredible vision — which would have been, like, classic comic book — it would have been such a riot to film [and] it would have been so much fun to watch. [But] it wouldn’t have fit in the Marvel Universe. It would have stuck out like a sore thumb, no matter how good it was. It just would have taken you away from this cohesive universe they’re trying to create. And therefore it ruins the suspended disbelief that they’ve built.”

It’s still incredibly disappointing that we’ll never get to see what Wright was planning for Ant-Man, but it really does sound like he and Marvel had different ideas for the film, and at the end of the day Marvel Studios is the one footing the bill.

On a separate note, actress Judy Greer (who was cast after Wright left) recently revealed the nature of her Ant-Man character in an interview with HeyUGuys:

“I’m Paul Rudd’s estranged ex-wife. We have a daughter together and our relationship is, well, estranged, but I feel like my character is still rooting for him to succeed. I guess that’s about as much as I can say. They gave us all these papers of things we’re allowed to say and things we’re not allowed to say, and I left them in Atlanta. Sorry! [Laughs]“

In the comics, Scott Lang is working as a thief in order to care for his daughter, so it’ll be interesting to see how much of that carries over into the film.  Ant-Man opens in theaters on July 17, 2015.
source: collider.com

Prowse died following a short illness Saturday, his agent confirmed to the BBC.