Joaquin Phoenix Will Not Star in Dr. Strange

The road to Marvel Studios’ Doctor Strange just got quite a bit rockier.  After casting rumors had abounded in the months since Scott Derrickson signed on to direct the 2016 Marvel film, the studio finally found their man this summer in Joaquin Phoenix and were ready to announce the news at San Diego Comic-Con in July.  However, as one might imagine, putting the finishing touches on Phoenix’s deal was quite complicated, and they weren’t able to finalize the contract in time for the SDCC announcement.  Word went quiet on the Doctor Strange front in the ensuing months and while rumors started to pick up that maybe Phoenix had dropped out of the film altogether, we were able to exclusively report in August that Phoenix was still in final talks to take on the lead role, as his deal was still in the process of being finalized.

We were hearing as late as two days ago that Phoenix remained Marvel’s man, but we can now confirm Deadline’s report that talks between Phoenix and Marvel broke down in the last 24 hours and he has now walked away from the film, setting Marvel back to square one.  More after the jump. 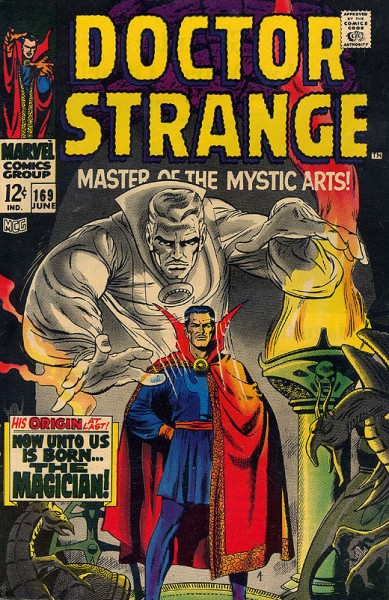 The folks over at Deadline broke the news today that talks between Phoenix and Marvel Studios over him becoming their next superhero lead in Doctor Strange have ended with Phoenix opting not to sign on.  We followed up with our sources who confirmed that the whole thing fell apart within the last 24 hours.  It’s unclear what led to the actor deciding against signing onto the Marvel Cinematic Universe, but it’s really not incredibly surprising.

Phoenix was shaping up to be Marvel’s biggest get for the MCU ever.  Yes, Robert Downey Jr. is currently a superstar and is the face of Marvel Studios to the public at large, but when he first signed on to lead Iron Man he was still a big gamble.  Phoenix, as he stands now, is one of the most talented and admired actors of his generation, not to mention a three-time Oscar nominee.  That said, Phoenix has always been someone who marches to the beat of his own drum, and signing a big multi-picture contract to become part of a massive studio franchise was a marked change in direction for the actor.

It’s unfortunate that things didn’t work out, as I think Phoenix would’ve been an exciting addition to the MCU, but ultimately if he didn’t feel comfortable becoming tied to multiple films with the studio, it’s better that he walk away now rather than become jaded and unhappy two films into a four or five picture deal.

This puts Doctor Strange back at the starting line, as Derrickson and Marvel will now start looking to fill the lead role quickly in time to start production next year.  When Marvel first started seriously putting the film together, Tom Hardy, Benedict Cumberbatch, and Jared Leto were names that popped up on the shortlist.  Deadline notes that recent rumors of Ethan Hawke being a contender are unfounded, so don’t expect that one to pan out.  It’ll certainly be curious to see where they go from here, especially with a July 8, 2016 release date looming closer.  That said, production on Ant-Man only just began about a year out from release, so Marvel is becoming acquainted with road bumps as of late.

This is sad as I think he would have made a fine Sorcerer Supreme.  Maybe it’s time to give another underdog a chance and cast Jared Leto?  What do you think, who should play Doctor Strange?

Evil genius and future ruler of this puny planet.
Previous Gallery: DC vs. Marvel by Darren Rawlings
Next First Clip of Shaun and Ed In Phineas and Ferb