“What were we doing out here…? What was the meaning of this trip? Did I actually have a big red convertible out there on the street? Was I just roaming around these Mint Hotel escalators in a drug frenzy of some kind, or had I really come out here to Las Vegas to work on a story?” — Hunter S. Thompson, Fear and Loathing in Las Vegas

Legendary journalist Hunter S. Thompson’s genius was rooted in his ability to blend reality with fiction, serious cultural analysis with madcap escapades, astonishing words with unforgettable images.
In that spirit, and in proud partnership with the Thompson estate, Top Shelf Productions is pleased to announce Fear and Loathing in Las Vegas, a delightfully bonkers graphic novel by Eisner-nominated artist Troy Little adapting Thompson’s book of the same name.

“I’m so pleased that one of the first collaborative projects to come out of the Top Shelf / IDW relationship will be Troy Little’s inspired take on a true classic of American literature,” said Top Shelf Editor-In-Chief Chris Staros. “One of the most unforgettable writers turned loose in one of my favorite cities! We can’t wait to show you what Troy’s done with it.”

The much-beloved Fear and Loathing, subtitled “A Savage Journey to the Heart of the American Dream,” follows Thompson analogue Raoul Duke on the mother of all Vegas benders, as he and his attorney Dr. Gonzo cover a motorcycle race, crash a drug-enforcement convention, and rack up obscenely large room-service bills, all while dosed to the gills on a truly spectacular assortment of mind-altering substances. 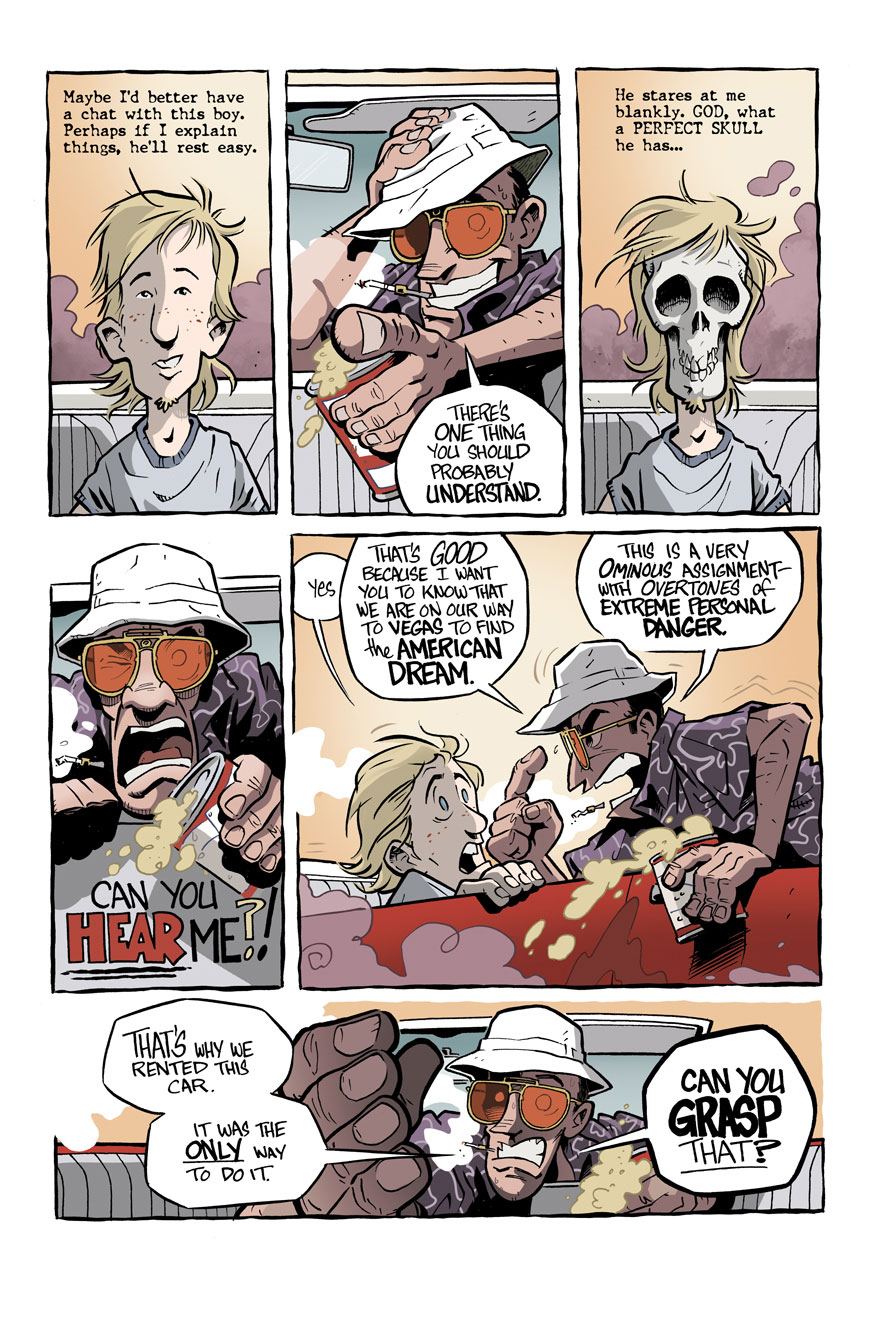 Troy Little’s faithful adaptation, scheduled for October 2015, will capture the full gonzo experience in a glorious full color graphic novel. Little is previously known for the Xeric-award-winning graphic novel Chiaroscuro and for his Eisner-nominated seriesAngora Napkin, both from IDW Publishing. Now, his irrepressibly energetic cartooning brings a new level of manic energy to Thompson’s rocket-fueled narrative.

“Buy the ticket, take the ride.” Fear and Loathing in Las Vegascomes to a store near you this fall!

A geeky girl with a love for comics, makeup and television. Cosplayer and jewelry designer. Check out my Etsy Store Kittens Geekery or me on facebook at KIttenSpeaksGeek
@http://www.twitter.com/raynekitten
Previous Gamestop Beats Hot Topic in ThinkGeek Acquisition
Next “Tangled” Returns to TV