Video: Every Mutant Who Joined the X-Men

The mutant crazy folks over at IGN have put together a video collecting every member of the X-Men. There have been so many it is hard to keep track! And that’s one of the reasons they put together this video timeline and infographic.  Detailing the long and storied membership of Professor Xavier’s merry band of mutants. This was no easy task, as there have been so many offshoots and side teams and kinda-sorta-teams over the course of the X-Men’s 50-plus year history. But IGN channeled the  mutant power of OCD and did their best to nail down a complete membership history of the core X-Men team (in the comics only).

Yes, we love the X-Men. Who doesn’t? But there are so many of them… It’s hard to keep track! And that’s one of the reasons we put together this video timeline and infographic (watch it above!) detailing the long and storied membership of Professor Xavier’s merry band of mutants. This was no easy task, as there have been so many offshoots and side teams and kinda-sorta-teams over the course of the X-Men’s 50-plus year history. But we channeled our mutant power of OCD and did our best to nail down a complete membership history of the core X-Men team (in the comics only). Oh, and we’re also including a written version of this feature below for those of you who don’t have video capabilities in your X-Mansion yet…

Below is the list if you can’t watch the video:

It all began in 1963 when Marvel debuted Stan Lee and Jack Kirby’s The X-Men. Most of the original members of the team were all present and accounted for in that first issue. But we would eventually learn how they joined Xavier’s group in flashback stories that would come in the years to follow. Cyclops, Iceman, the Angel, and the ever-agile Beast represented those first students. This core group, along with Jean Grey — also known as Marvel Girl — would remain at the center of the team for the next 12 years, with only the occasional variation. Jean was actually the only member of Xavier’s first class to join in issue 1, though later continuity would tell us that she had actually known the professor and worked with him for years prior. 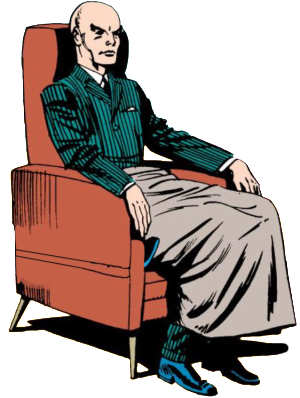 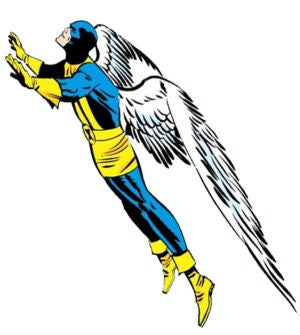 In 1966, the first new team member came — and went — pretty quickly. Mimic lasted all of three issues. Changeling soon followed, and he lasted only two issues. Polaris and her man Havok, the brother of Cyclops, would become on-again/off-again members. And in 1970, Marvel actually stopped printing new X-Men stories for five years. But don’t worry — Wolverine finally showed up when the team was rebooted with almost all new members. 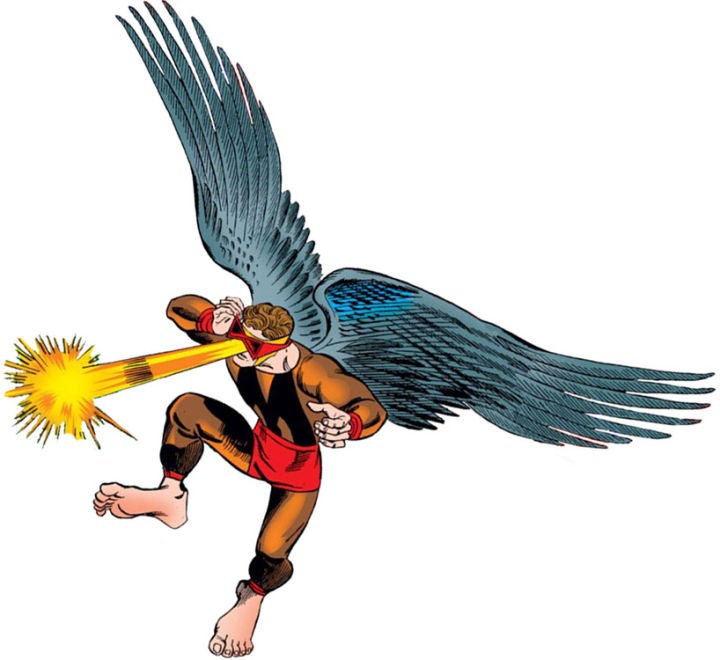 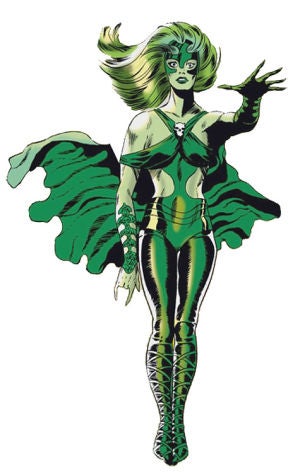 The all-new, all-different X-Men consisted of an international line-up — the German Nightcrawler, the Canadian Wolverine, Banshee from Ireland, the Kenyan Storm, the Japanese Sunfire, Colossus from Russia, and the Native American Thunderbird. Their first mission was to save the original team from the living, mutated island called Krakoa. At the end of that adventure, only Cyclops stayed on from the first group. He would lead these new X-Men until Storm took over in issue 139.

Years later, yet another team was retconned into this time period by Marvel. We would learn that this group of doomed X-Men attempted to save the original team from Krakoa — and failed. Only then was the international team that we know so well activated by Xavier.

This would soon become a Golden Age for the book, as writer Chris Claremont came onboard for his legendary 16-year run. Teaming with artist John Byrne in particular resulted in iconic storylines like the Dark Phoenix saga and Days of Future Past. 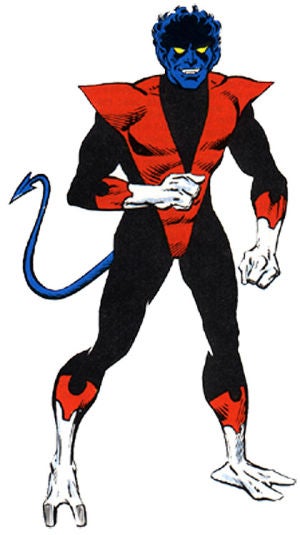 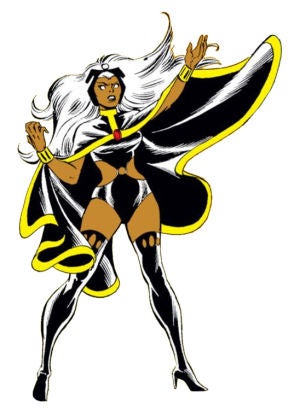 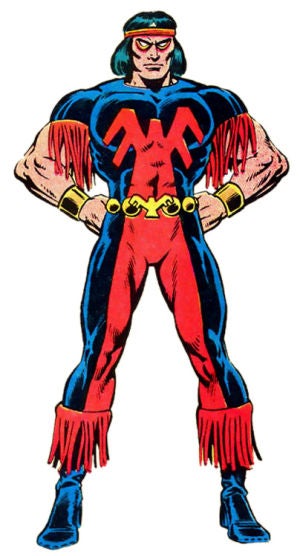 By the early ’80s, the roster began to become more fluid, with members coming and going a bit more often. New teammates like Kitty Pryde, the youngest X-Man at the time, Kitty’s faithful dragon Lockheed, and Rogue, a former villain, would join the group. And even the X-Men’s ultimate nemesis Magneto saw the light and became the new headmaster at his old friend Xavier’s school. For a time, anyway.

During this period, the first of what would eventually become many different X-Men spin-off teams arrived. The New Mutants were a selection of students solely meant to be trained in their powers — and not see combat. As if that was ever going to happen. Another offshoot team came in 1986, called X-Factor. Made up of the original five X-Men, including the recently resurrected Jean Grey, this group was estranged from the current X-Men team for several years. And the X-Men line-up became even more diverse, with time-travelers, inter-dimensional beings, and even disco queens joining up. 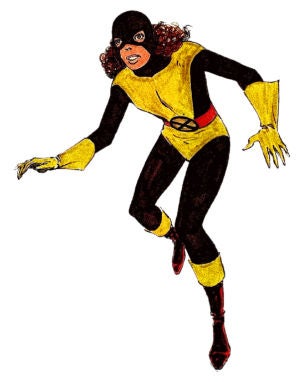 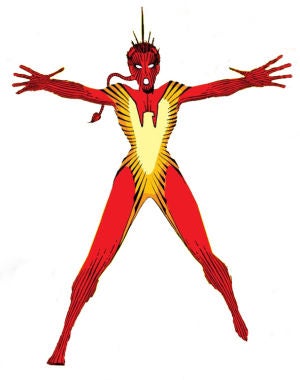 When the X-Men were believed dead after the “Fall of the Mutants” storyline, a band of the team’s allies called the Muir Island X-Men joined together for a very brief stint.

By the early 1990s, the X-Men themselves were now popular enough to spawn a second comic featuring the core group. Artist Jim Lee, a rising star at Marvel who today is one of the most popular comics creators ever, worked on the main X-book, Uncanny X-Men, before moving on to X-Men: Volume 2. He provided the art and co-wrote the book, the first issue of which is still the best-selling comic of all-time with sales of over 8.1 million copies.

In this era, fan favorites like Gambit and Bishop debuted and became part of the team. In fact, there were so many X-Men now that they had to divide into two separate groups, the Blue and Gold teams. The New Mutant Cannonball finally graduated to full X-Man status, and meanwhile his old team had morphed into a group called X-Force. A British team of mutants called Excalibur was also active now. And the members of X-Factor — Cyclops, Jean Grey, Angel, Iceman, and Beast — finally rejoined their old teammates as well. Two different alternate reality versions of Cyclops and Jean Grey’s son also reported for duty: Cable and Nate Grey. 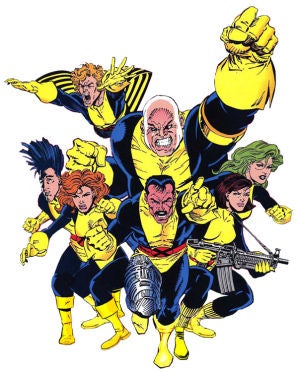 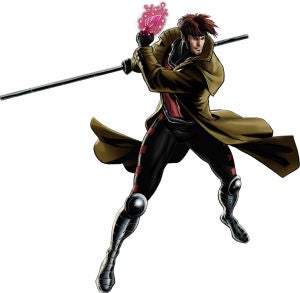 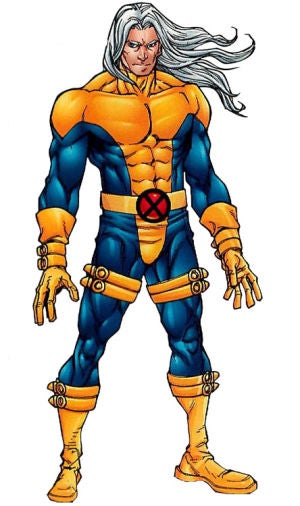 By the time the early 2000s rolled around, the X-books had fallen into something of a lull. But when writer Grant Morrison, along with artist Frank Quitely, took over X-Men: Vol. 2 in 2001, he also took the mutants to new storytelling heights. The book was renamed New X-Men, and it turned much of its drama inward to examine the struggles the teammates themselves faced in their personal lives. The drama of being a mutant was, after all, what the X-Men had been founded on.

It was also Morrison who made the former villain Emma Frost — a.k.a. the White Queen — into an X-Man. And she has been a major player on the team ever since. Morrison also introduced the character Xorn. A mutant who somehow had a star in his head, Xorn eventually revealed himself to be Magneto in disguise. Destroying Xavier’s mansion and overtaking New York in a devastating attack, he was ultimately defeated by the X-Men. But confusing matters even further, Xorn’s story would later be rewritten to say that he wasn’t actually Magneto but had just impersonated him.

Longtime X-writer Chris Claremont had by now moved over to a new X-Men title, called X-Treme X-Men. But the book only lasted until 2004. Also in 2001, Marvel launched Ultimate X-Men, which rebooted and reimagined many familiar characters like Wolverine and Cyclops. This take on Xavier’s mutants existed outside of the regular series’ reality and was written by Mark Millar. 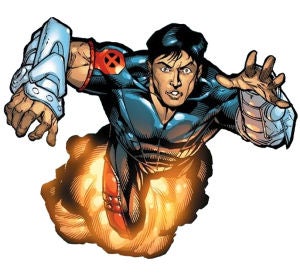 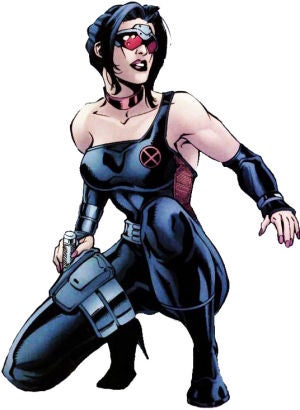 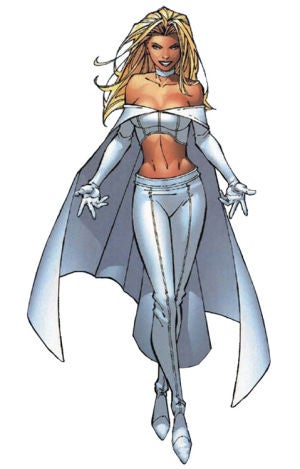 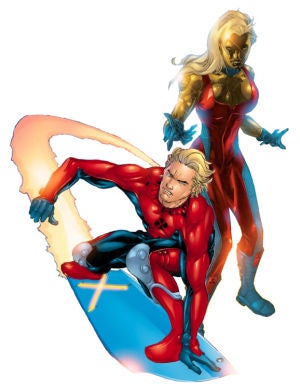 Eventually X-Treme X-Men was replaced by another new book, Astonishing X-Men. That title was written by Joss Whedon, who was best known at the time as the creator of Buffy the Vampire Slayer, but Whedon would eventually go on to direct the first Avengers movie as well as its sequel, Age of Ultron. While following up Morrison’s New X-Men would be tough, Whedon’s time with the merry mutants proved to be a hit. Astonishing featured Whedon’s trademark ability to meld great character work with cool action and, of course, plenty of humor.

By now the roster of the X-Men was frequently in flux, with several teams operating in multiple books. New members came and went more often, and an array of former X-Men foes like Sabretooth, Lady Mastermind, and Omega Sentinel would join the team. Many other mutants were also featured in the books now, most of them students at the Xavier Institute for Higher Learning. Though not technically X-Men, these kids often found themselves in the heat of battle. And some would eventually be recruited to full team status.

Meanwhile, the House of M storyline during this period saw an Avenger, the Scarlet Witch, use her abilities to take away the powers of some 90% of the mutant population of planet Earth. And yet new members kept finding their way to the X-Men all the same… 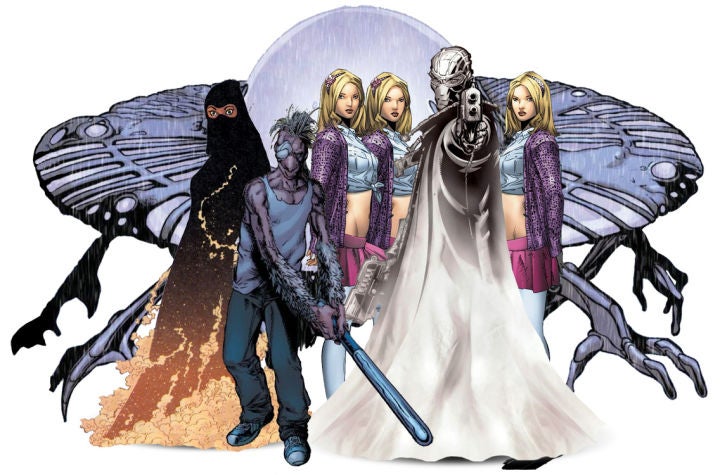 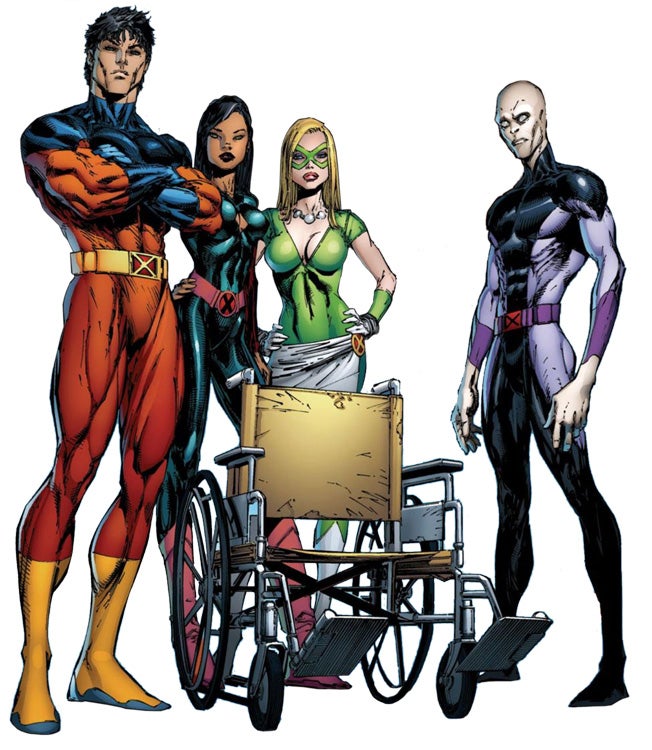 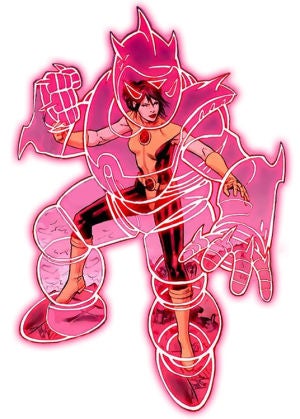 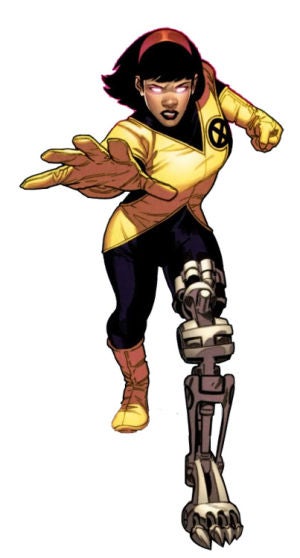 By the end of the 2000s, the X-mansion had been destroyed…again… and the X-Men were thrown into disarray. But Cyclops led the charge in rebuilding the team with their new headquarters in San Francisco. A storyline during this time called Dark Reign overtook the entire Marvel Universe, including the X-Men. This tale led to Prince Namor finally joining the X-Men. Which was appropriate, since he’s really the first Marvel mutant character ever — having been created in 1939 before Marvel even existed yet as a company!

In Dark Reign, longtime Spider-Man foe Norman Osborn rose to power after a Skrull invasion of Earth. Osborn, who already was leading the Dark Avengers, appointed Emma Frost and Namor as leaders of a group called the Dark X-Men. Not officially sanctioned by the real X-Men, the Dark X-Men was made up of several characters who would soon turn on Osborn and join the actual team. This included Cloak, Dagger, and Namor himself.

Eventually Cyclops and Wolverine had a falling out, with Wolverine returning to the X-Men’s original home in Westchester, New York. There he and several other X-Men rebuilt Xavier’s school, which was now called the Jean Grey School for Higher Learning. This of course opened up the doors to even more new mutants, including some truly outlandish characters like Doop and Krakoa. 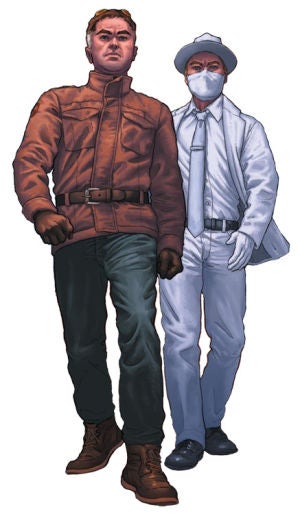 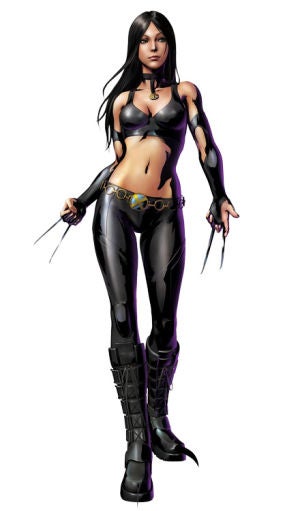 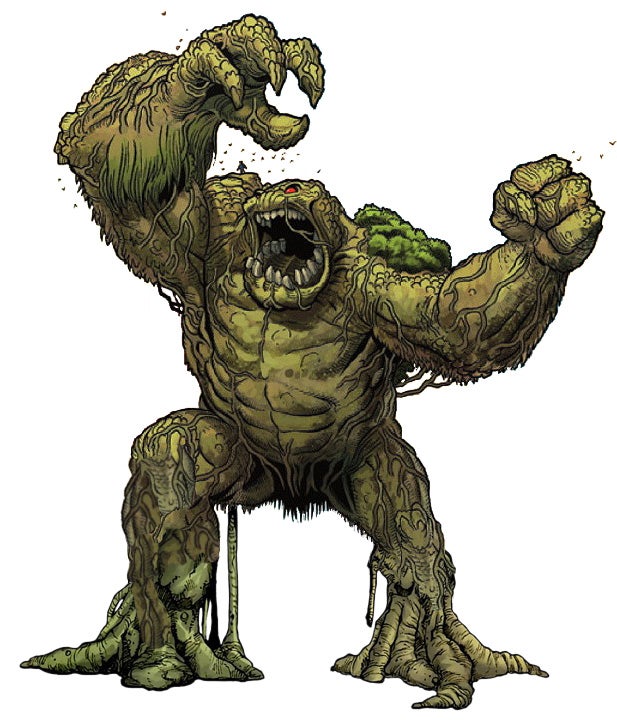 More recently, fan favorite writer Brian Michael Bendis launched a book called All New X-Men. The concept behind this title featured the original team of five, who have travelled through time into the future to meet their older, not always wiser selves. Bendis also resurrected the Uncanny X-Men title. Here Cyclops set up a rival school named after his mentor, Charles Xavier, and built on the site of Wolverine’s old Weapon X facility.

And perhaps our favorite X-Man is one we never even knew about until 2014: ForgetMeNot. His mutant power is to be forgotten… which means he’s been on the team for years but no one really remembers it. Not even you… 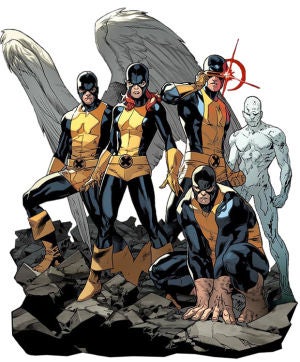 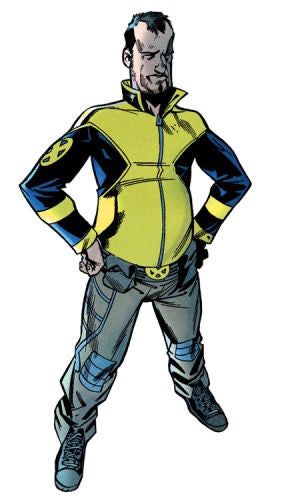 source: IGN by By Scott Collura

Evil genius and future ruler of this puny planet.
Previous New Movies Coming to Netflix in Februrary 2015
Next TV: Game Of Thrones IMAX Trailer & Season 5: A Day In The Life Trailer

Batman: Soul of the Dragon Trailer

Who else is excited for Disney+’s WandaVision? Well, today we finally got the release date!! …