Culture: The Marvel Experience Gets Kevin Smith To Voice M.O.D.O.K.

Looks like Kevin Smith is the newest part of the The Marvel Experience. He is set to voice M.O.D.O.K. 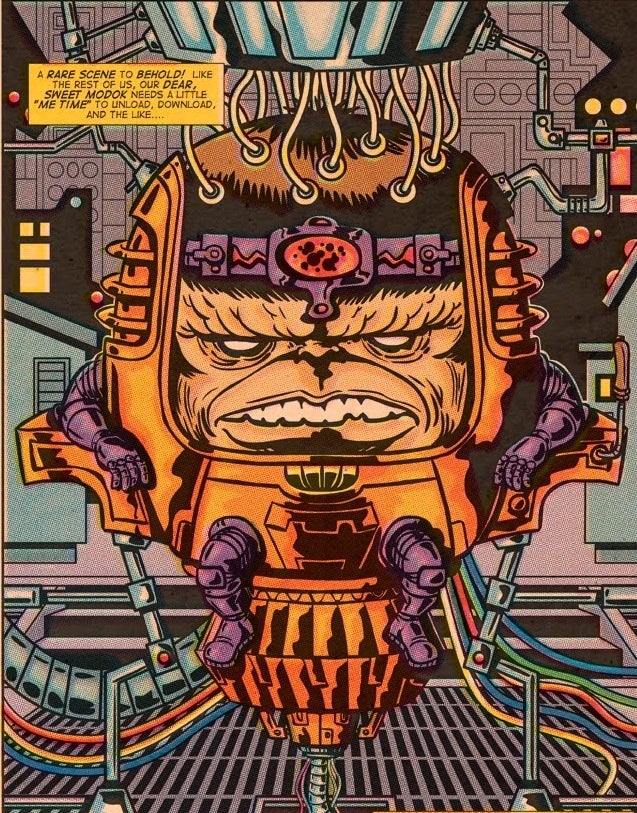 Kevin Smith had this to say:

“Ever since I was a wee butterball-looking comic book fan, I dreamed of going to a live event as amazing as The Marvel Experience………This is like actually being INSIDE of a giant comic book come to life! And the best part is that The Marvel Experience gives the audience a massive team-up of Marvel’s biggest characters and we get to see them on a Dome! Spider-Man, Wolverine and the Avengers, all fighting side-by-side against Red Skull! This is a must-see event for any casual or committed comic book fan, and no self-respecting M.O.D.O.K.-lover should miss his big, big BIG debut!”

The Marvel Experience is produced by Hero Ventures and described as:

“As agents of S.H.I.E.L.D. in training, guests of The Marvel Experience swing with Spider-Man, smash with Hulk, fly with Iron Man and more, all in preparation for an epic battle alongside Marvel’s biggest Super Heroes in a fight against Red Skull, M.O.D.O.K. and an army of evil Adaptoids. The Marvel Experience incorporates next-generation interactive technology including augmented reality and multi-person gaming so you can see yourself in action. Everything happens with bleeding-edge technology and advanced computer animation. There’s nothing else like it. Not only does the audience get to join the adventure, in the end they may even become heroes themselves.”

“over three acres, encompasses seven colossal Domes and features the world’s only 360-degree, 3-D stereoscopic full-Dome attraction which one enters through a life-size Avengers Quinjet. Along with the aforementioned, there is a state-of-the-art, thrilling motion ride and a “training center” that offers the opportunity for Marvel fans to actually become “part of the experience.”

CEO of Hero Ventures, Rick Licht, had this to say about Kevin Smith joining:

“I’ve been a Kevin Smith fan for 20 years. He’s a brilliant creative talent who brings a lifetime of comic book knowledge to the table, so of course we were beyond thrilled to see how excited he was when we walked him through The Marvel Experience. And it gets better – Kevin also stepped out from behind the camera of his latest film Yoga Hosers to star in the first national television commercial for The Marvel Experience, which you’ll see has a feature film quality to it.”

Some Videos about the tour:

For more information on dates and to purchase tickets visit The Marvel Experience website.