The app will launch with more than 1,000 pieces of content, with daily updates of more then 100 ices of fresh content being added. As we said the app will be like a social meadi account for kids letting them interact like adults due on normal social media ie:

Clicking the “heart” icon saves a piece of content to your favorites, and the app users browse by genres like “fun,” “fail,” “cute” and “throwback,” as well as search for specific characters or properties. “We thought, Wouldn’t it be interesting to create a feed-like experience we could control and program in our own unique way?….There’s so many properties at Disney. We can use this to rally around tentpole releases and showcase new content.”

“First, we wanted to provide a family-friendly place to see all this really great content from Disney and all our brands…And second, this lets us monetize (content) with best-in-class ad sponsors.”

The Disney LOL app is available for iOS and Android in the U.S. and Canada 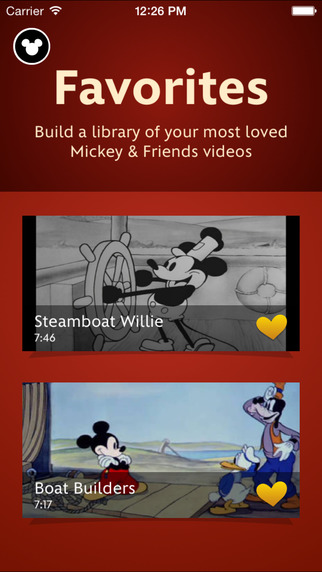 Disney also announced/released their new Mickey Video app. The Video app will which feature short Disney videos designed for kids and families. Some of the video content you can find on this new app will include:

season three of “Mickey Shorts” (20 videos); classic cartoons and character pages featuring Mickey, Minnie, Donald, Goofy and Pluto; and short-form content from Disney-Pixar. The app is available on the iPhone, iPad and on Apple TV.