YES! This new Iron Giant 16-Inch Talking Deluxe Action Figure looks amazing. The action figure is something I think Brad Bird would be proud of to represent his film. 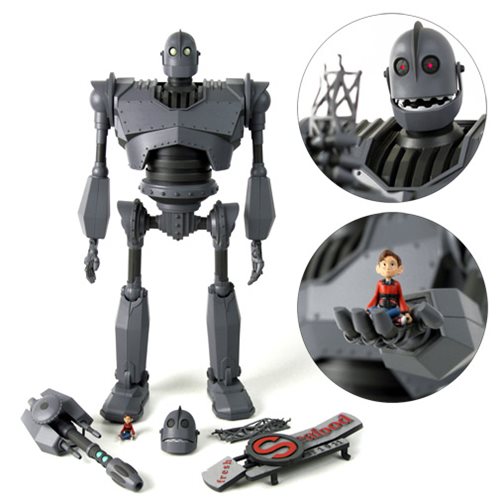 The Iron Giant 16-Inch Talking Deluxe Action Figure is one of the most highly detailed Iron Giant collectibles around! Created using the actual digital files used in the film The Iron Giant, the figure features over 30 points of articulation, two interchangeable heads with a light-up feature, magnetic “S” that can be detached from its sign and attached to his chest, switch-out “War Arm,” Hogarth mini-figure, and a girder to munch on! In addition to this, the figure also includes a sound feature, with Iron Giant quotes from the film! Standing an

Just another G33k out in the verse having fun and helping spread g33k news and culture everywhere!!
@@jereslack
Previous Culture: Have A Look At Some Great New Wall Art
Next Fashion: Some Venture Brothers Themed Fashion Finds