Here you go Dragon Ball Z fans, it was just announced that FUNimation Entertainment will host the official world premier of Dragon Ball Z: Resurrection ‘F’,AKA Dragon Ball Z: Fukkatsu no F. FUNimation will be working with Toei Animationton to bring the premiere, which will be shown in Japanese with English subtitles, to the Egyptian Theater in Los Angeles on April 11. The movie is set to hit theaters in both 2D and 3D in theaters across Japan on April 18. 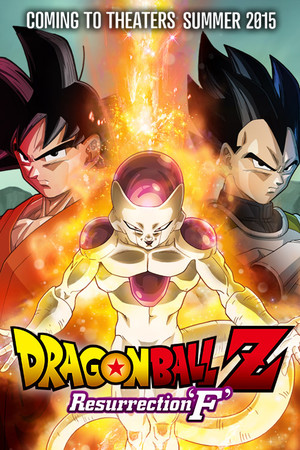 “One peaceful day on Earth, two remnants of Freeza’s army named Sorbet and Tagoma arrive searching for the Dragon Balls, with the aim of reviving Freeza. They succeed, and Freeza subsequently seeks revenge on Goku and the Saiyans.”

The movie will be released in the US later with English dubbing, stay tuned for more information on that.

Just another G33k out in the verse having fun and helping spread g33k news and culture everywhere!!
@@jereslack
Previous Netflix Original The Unbreakable Kimmy Schmidt
Next An arcade cabinet that donates it’s money to charity