Yay, a new trailer has dropped for The LEGO Batman Movie!

In the irreverent spirit of fun that made “The LEGO® Movie” a worldwide phenomenon, the self-described leading man of that ensemble – LEGO Batman – stars in his own big-screen adventure. But there are big changes brewing in Gotham, and if he wants to save the city from The Joker’s hostile takeover, Batman may have to drop the lone vigilante thing, try to work with others and maybe, just maybe, learn to lighten up.The Lego Batman Movie
2017 film
Play trailer on YouTube
The Lego Batman Movie is an upcoming 2017 American-Danish 3D computer-animated action-comedy superhero film, produced by Warner Animation Group and released by Warner Bros. Pictures. Wikipedia
Release date: February 10, 2017 (USA)
Director: Chris McKay
Music composed by: Lorne Balfe
Production company: Warner Bros.
Written by: Seth Grahame-Smith 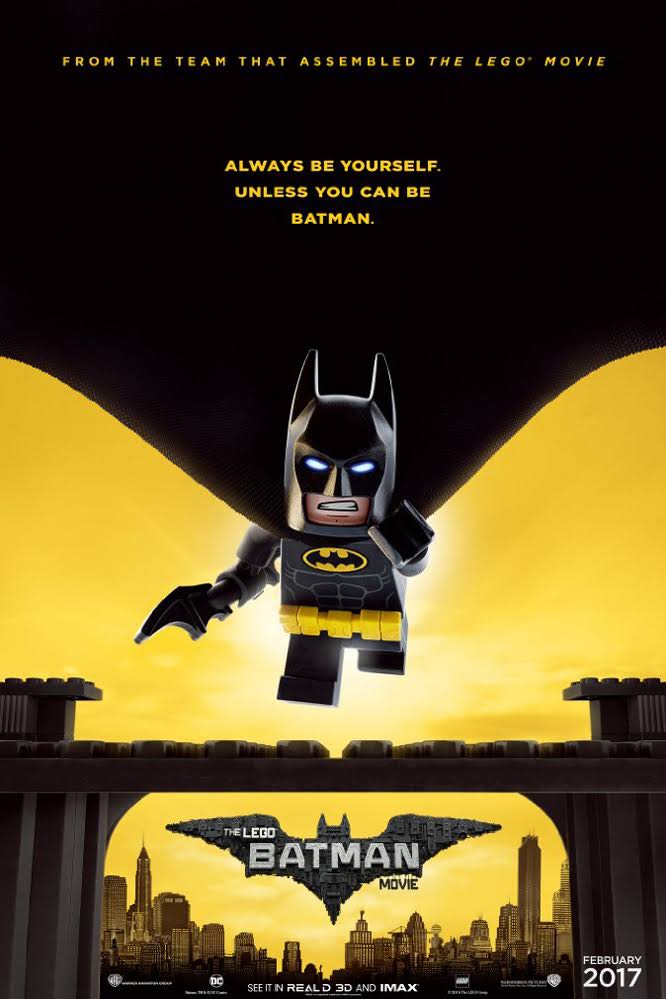 Just another G33k out in the verse having fun and helping spread g33k news and culture everywhere!!
@@jereslack
Previous Film Watch New Teaser for Netflix’ A Series of Unfortunate Events
Next Mini Review: Doctor Strange