Film: New Pokémon the Movie: I Choose You Trailer

Get ready for the Pokémon origins film we have all been waiting for with this new teaser trialer for Pokémon the Movie: I Choose You. 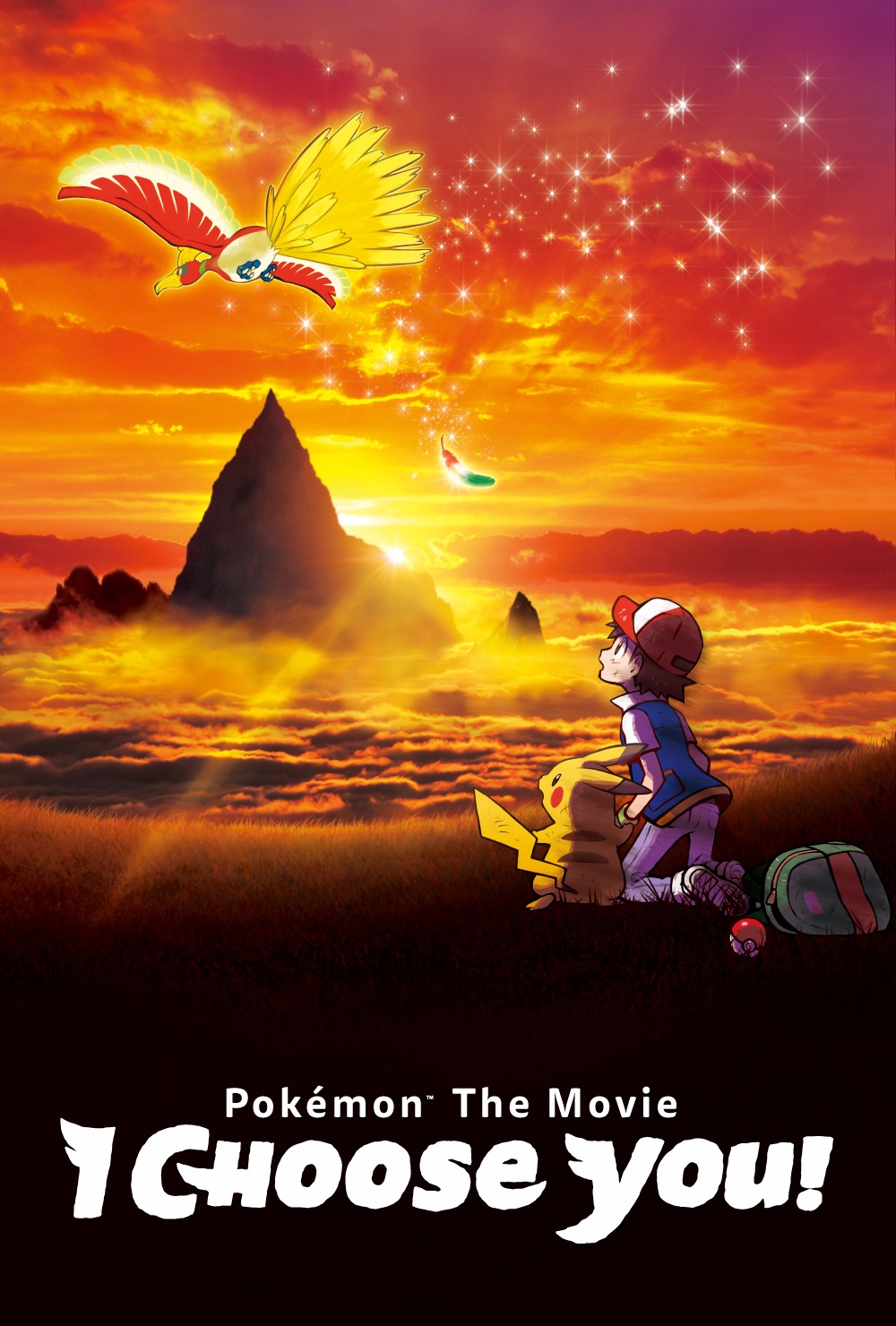 Pokémon the Movie: I Choose You!

Catching ’em all starts with one…

Fathom Events and The Pokémon Company International bring the highly anticipated new animated feature film Pokémon the Movie: I Choose You! to movie theatres on Sunday, November 5, and Monday, November 6. This special two-day event explores Ash and Pikachu’s first meeting and their adventures as they search

The Pokémon Company International and Fathom Events bring the highly anticipated new animated feature film Pokémon the Movie: I Choose You! to movie theaters on Sunday, November 5, at 12:55 p.m., and Monday, November 6, at 7 p.m. (all local times), in select US and international markets (outside of Asia). Exact dates and times may vary by country—check local listings.

Tickets for US screenings of Pokémon the Movie: I Choose You! can be purchased online at www.FathomEvents.com or at participating theater box offices. For a complete list of theater locations in the US and worldwide, visit the above websites (theaters and participants are subject to change).

For fans of the popular Pokémon Trading Card Game, those who purchase tickets for the November 5 and 6 showings will receive a never-before-seen Pokémon TCG card featuring Ash’s Pikachu wearing its Trainer’s hat, as seen in Pokémon the Movie: I Choose You! (while supplies last). Moviegoers will also receive a QR Code that will unlock an in-game event in the highly anticipated Pokémon Ultra Sun and Pokémon Ultra Moon video games for the Nintendo 3DS family of systems, which release shortly after the movie, on November 17. The QR Code also unlocks Ash’s Pikachu wearing its Trainer’s hat.

The Pokémon Company International is also delivering special Pikachu video game distributions leading up to the cinema event. Beginning September 19, six versions of Ash’s Pikachu wearing its Trainer’s hat, as seen throughout Pokémon animation, will be available for distribution to the Pokémon Sun and Pokémon Moon video games via password on Pokemon.com. Each player can receive only one of these six versions, so they’ll want to choose carefully. Each Pikachu is available during a specific one-week window. The distribution dates for each Pikachu are:

Fans can join the conversation on social media with #PokemonIChooseYou.

Pokémon the Movie: I Choose You! is an origin story highlighting Ash and Pikachu’s first meeting and their adventures as they search for the Legendary Pokémon Ho-Oh. The pair encounter familiar faces along the way, new characters including Trainers Verity and Sorrel, and even a mysterious new Mythical Pokémon, Marshadow. Challenges and epic Pokémon battles abound in this unique new story about the beginning of one of the most beloved friendships in popular culture.

Just another G33k out in the verse having fun and helping spread g33k news and culture everywhere!!
@@jereslack
Previous Game: MUNCHKIN®: Rick And Morty™
Next Gallery: SacAnime 2017 Sunday

Who else is excited about this years Game Awards? This years event is set to …