The launch trailer is here for the next version of Metal Slug, Metal Slug XX. Along with the trailer we got lots of information on the updates to the game.

For the first time in franchise history, Metal Slug can be enjoyed in 4K!

The game is fully 4K-supported with a variety of display settings, including new scanline filtering options and high-resolution border art styles.

We all agree that the Metal Slug Series features truly legendary 2D sprite-work, so we took extra care to create scanline options that we felt lived up to the standard of the amazing graphical style that fans adore around the world. 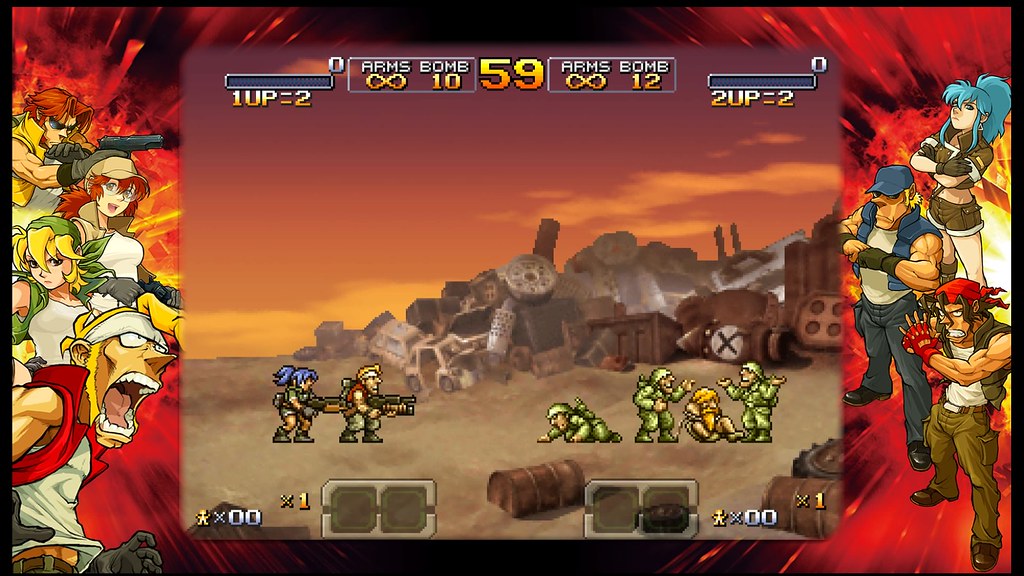 The first new scanline style we call “TV”, with the simple goal of replicating the look of a high-quality Cathode Ray Tube (CRT) monitor that you would use at home. In particular, we’re simulating the alternating colored and black lines as seen on CRTs and applying them carefully so that the image scales properly and looks natural both on a 1080p or 4K screen. Ever wonder what Metal Slug XX would look like running on your Neo Geo AES? Now can you see for yourself! 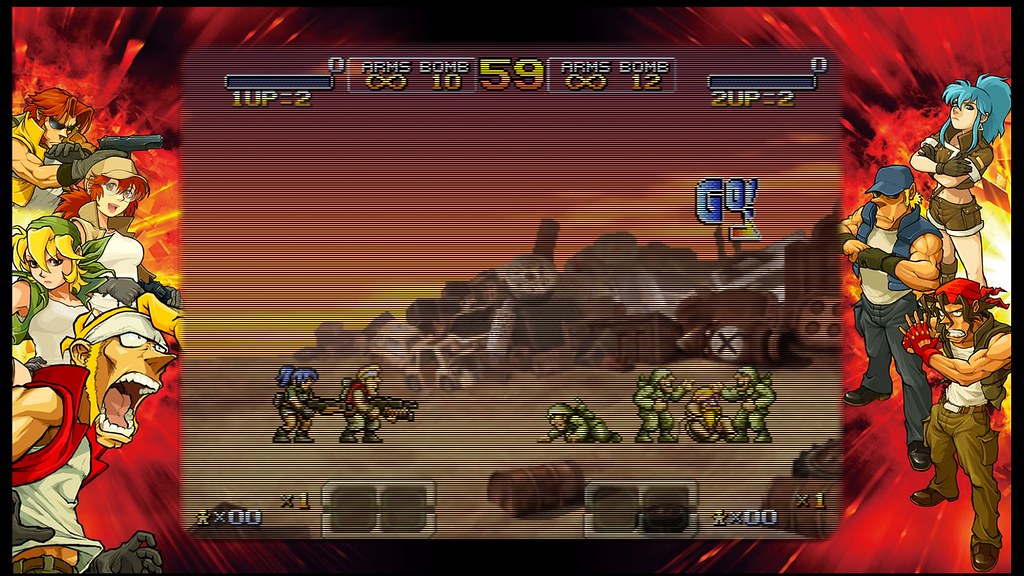 The second style is called “Arcade” – here we’re trying to capture the complex scanlines used in classic arcade monitors, just like the original machines. This filter was carefully crafted to simulate the delta-gun shadow mask configuration of an arcade monitor, including emission of red, green and blue phosphors. Additionally, a scanline effect is applied to complete the arcade monitor look and feel. A close examination of the screen will reveal the subtle triad phosphor effect. As one of the only Metal Slug entries to not have an original arcade release, we wanted to honor the series’ quarter-munching roots and give fans an option to experience the game through a classic arcade lens. 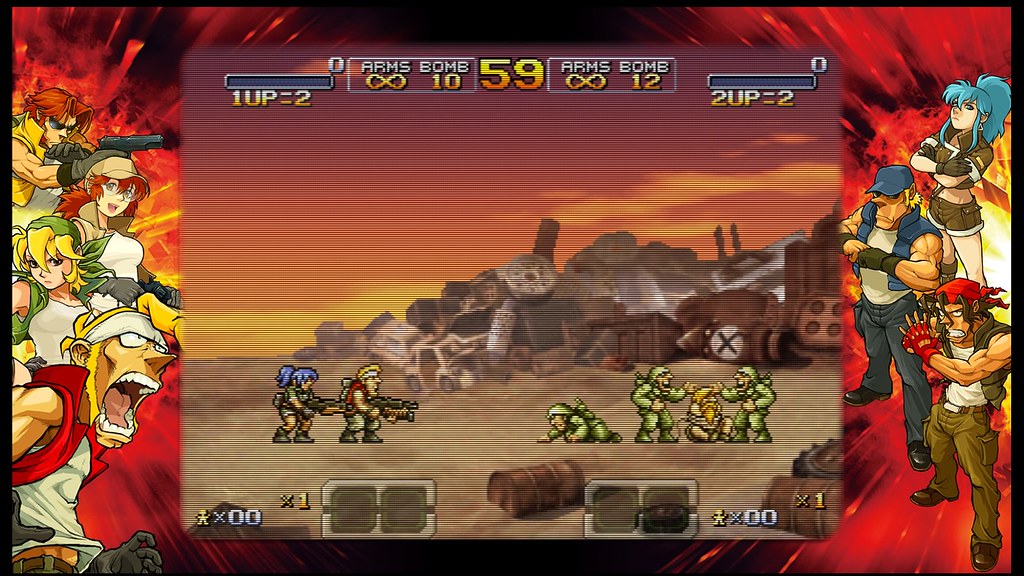 This “remastered” port of Metal Slug XX is also fully functional with DualShock 4 game controllers, including (optional) vibration support to make the heated battles feel even more hectic, and fan-favorite voice samples played through the controller’s speaker during the release of POWs and other in-game events. On top of that, more than 30 Trophies have been added for players who enjoy a good challenge, with some of them based on fan-favorite trivia and Easter eggs! We are also excited to announce that this is the very first time Platinum Trophies have been implemented in a Metal Slug title!

In addition to the six characters found in the original release, “the silent soldier” Leona Heidern is now playable from the beginning! She is a very strong character with her special ability (Moon Slasher) that can be activated at any time by pressing simultaneously up on the directional pad, L1 and □ to nullify projectiles, cut enemy vehicles in half, and of course protect your brothers and sisters-in-arms!

Metal Slug XX can be enjoyed alone, together with a friend through local co-op, or with registered online friends via Share Play. 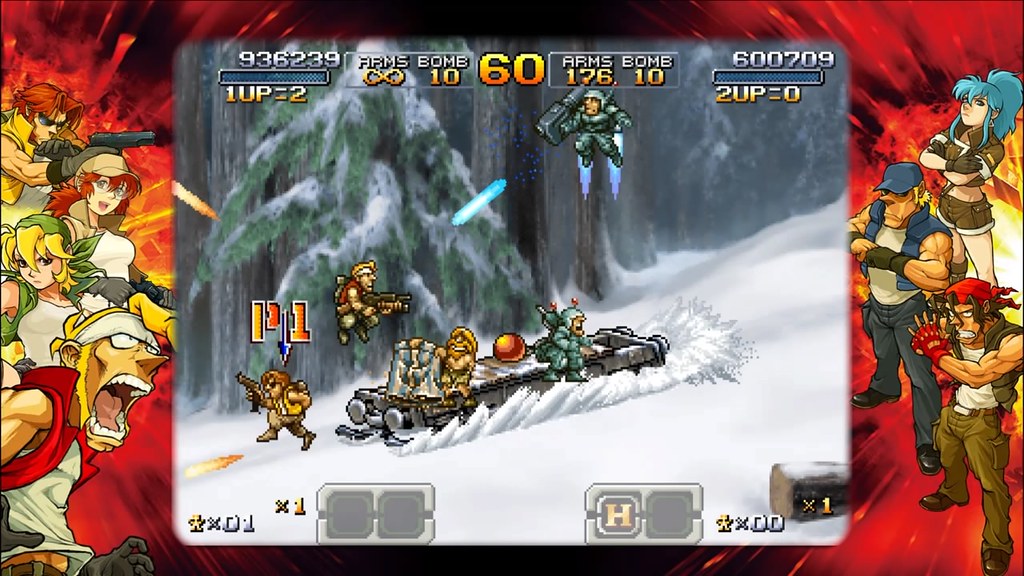 Just another G33k out in the verse having fun and helping spread g33k news and culture everywhere!!
@@jereslack
Previous Film: New ‘Christopher Robin’ Trailer Is Here
Next Film: New Trailer For Big Hero 6 The Series