Today we got to see more of the upcoming video game, Tesla vs Lovecraft.

Tesla vs Lovecraft is an explosive twin-stick shooter from the creators of Neon Chrome and Crimsonland. Play as the enigmatic inventor Nikola Tesla and wield high-tech weaponry against the eldritch abominations of horror author H.P. Lovecraft. Use the Quantum Teleport backpack to get out of harm’s way and boost your firepower immensely with the Tesla-Mech battle robot!   http://teslavslovecraft.com/ 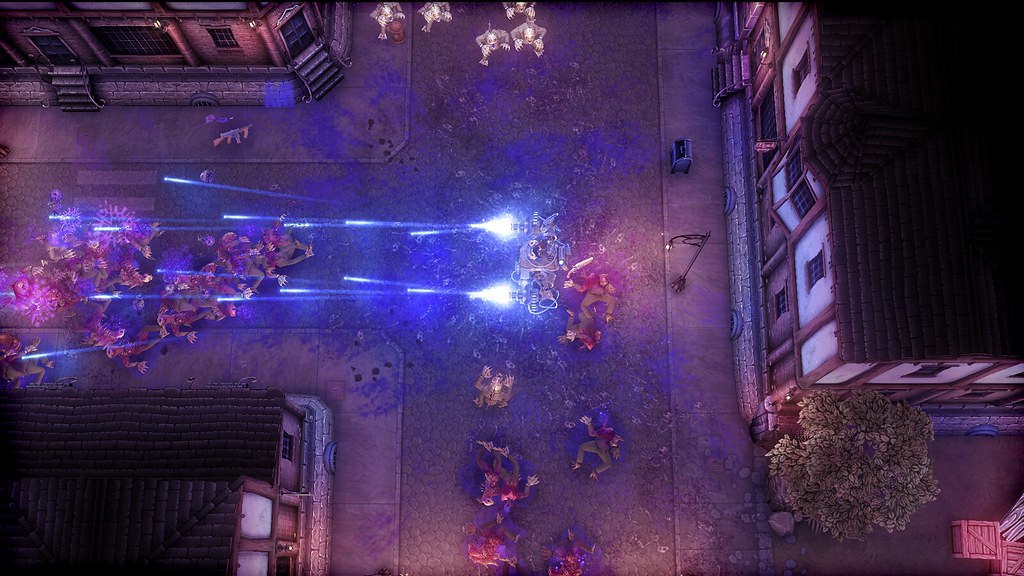 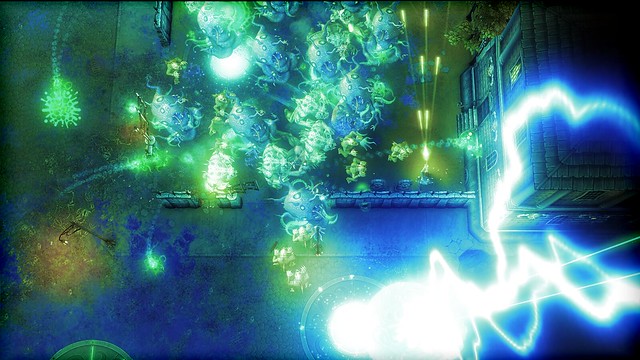 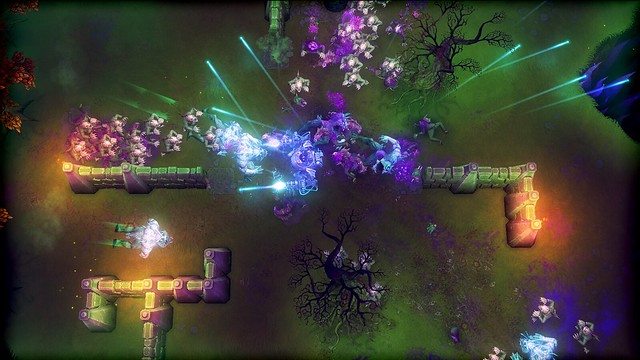 In Tesla vs Lovecraft, however, the arenas are fully architectured with obstacles, gaps, walls, and buildings. Structured levels are the base for the first core feature of Tesla vs Lovecraft, the Quantum Teleport. The hero of the game, genius inventor Nikola Tesla, is not limited to just running while gunning. With the Quantum Teleport backpack he, or rather you, the player, can teleport a short distance in a blink of an eye. Better yet, it makes no difference if there’s a brick wall or a horde of monsters in the way; you can blink through anything. There’s a cooldown involved however, so you can teleport only three times in rapid succession. After that you’ll need to survive precious seconds for the teleport charges to come back up. The Quantum Teleport feature turned out great, and we’re really happy with how teleporting gives the player more opportunities to do risky stuff. Risky is fun!

The highlight of the game, however, is the Tesla-Mech battle robot. This juicy bit of monster slaying goodness is assembled from six pieces, one of which is always somewhere in the level waiting to be picked up. After collecting six pieces you can activate the Tesla-Mech for an immense boost in firepower. While all the weapons, powerups, and perks of the game are plenty powerful, nothing comes close to the Tesla-Mech. You’ll be instantly able to turn the tables on even the most massive swarm of monsters and to just shred everything in a very gratifying way. Like all good things, the Tesla-Mech only lasts for a while before exploding, scattering its pieces around the level to be collected and assembled once again. 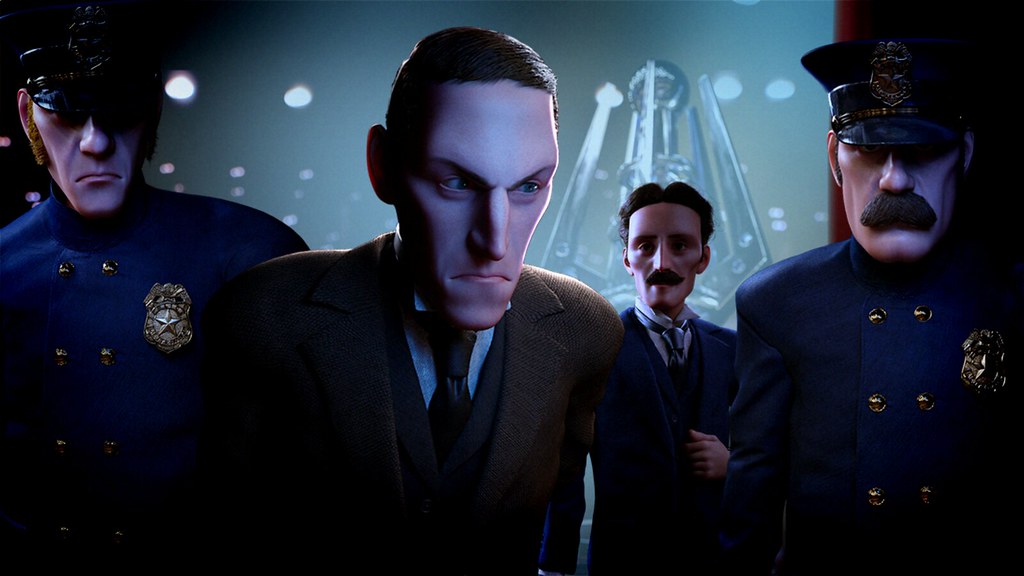 Tesla vs Lovecraft will be available for PS4 at PlayStation Store on March 13, 2018 for $14.99 USD. If you’re looking for a new shooter, check this one out!

Just another G33k out in the verse having fun and helping spread g33k news and culture everywhere!!
@@jereslack
Previous Film: New Trailer For The Grinch
Next Game: Call of Duty: Black Ops 4 Announced!