Sniper Elite III is the newest release from developer Rebellion and publisher 505 Games. The title succeeds the widely criticized Sniper Elite II and manages to be a far more enjoyable game with new features and enhancements for the series. There are two primary gameplay mechanics that help separate Sniper Elite III from other shooters in the genre. The game incorporates a really interesting X-Ray camera view that allows players to see their bullet fly through bodies and vehicles after being fired, and the game heavily emphasizes stealth combat and picking off enemies from a distance.

The highly anticipated sequel will give players an opportunity to once again step into the shoes of Karl Fairburne, who is trying to find a powerful weapon, that is currently in the hands of the Nazis during the World War II era. Once gamers take on the role of the sniper then they soon find themselves in the baron and dry landscape of North Africa. The breathtaking visuals and exquisite presentation in Sniper Elite III is just a couple of things that the title does right. The diverse environments give an exact representation of the era of World War II and the worlds that soldiers would visit during that time. 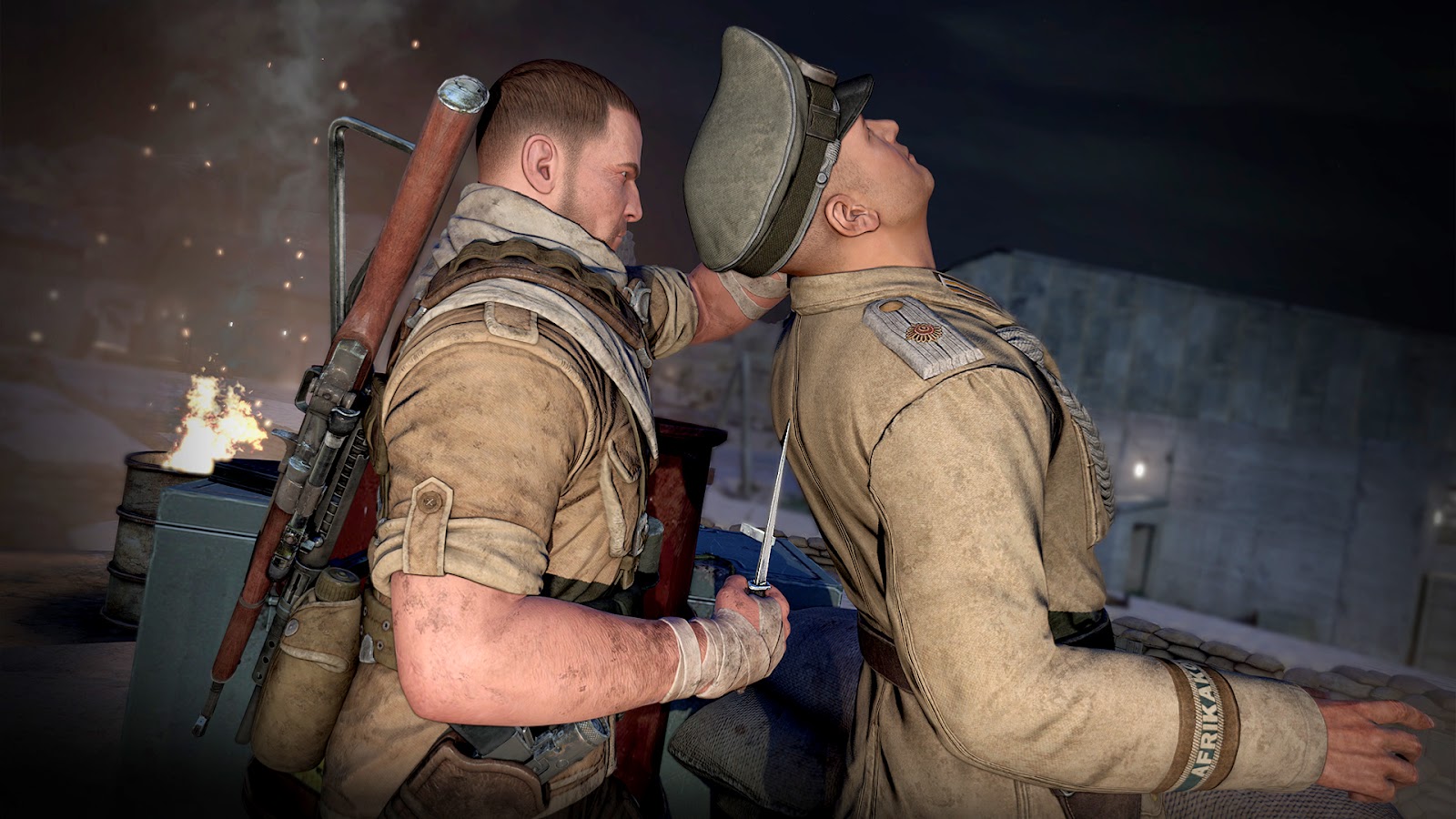 While Sniper Elite III offers a intricate storyline during its campaign, players will also be able to add a high degree of replayability to the title by diving into the game’s “Challenges” area or completing the main campaign with a friend through the fun co-op portion of the game. Before and during your adventure, you are allowed to choose your loadout (Alpha, Bravo, Charlie, and Delta) and check the progress of your “Service Record.” The Service Record allows gamers to keep track of their collectibles, ribbons, medals, statistics and achievements. Sniper Elite III offers up a high degree of challenge and gameplay to keep players playing for hours on end while trying to top the leaderboards in the process.

Sniper Elite III’s storyline keeps gamers interested with its superb writing and great voice acting. Sniper Elite III starts out with the “Siege of Tobruk” mission and sets the tone for the entire game. The dramatic opening animation sequence pictures a young solider running through the streets as explosions surround him while trying to make his way to Karl. Of course, our main protagonist keeps his cool during the attack, and is calmly putting together his rifle when the young solider rushes in. 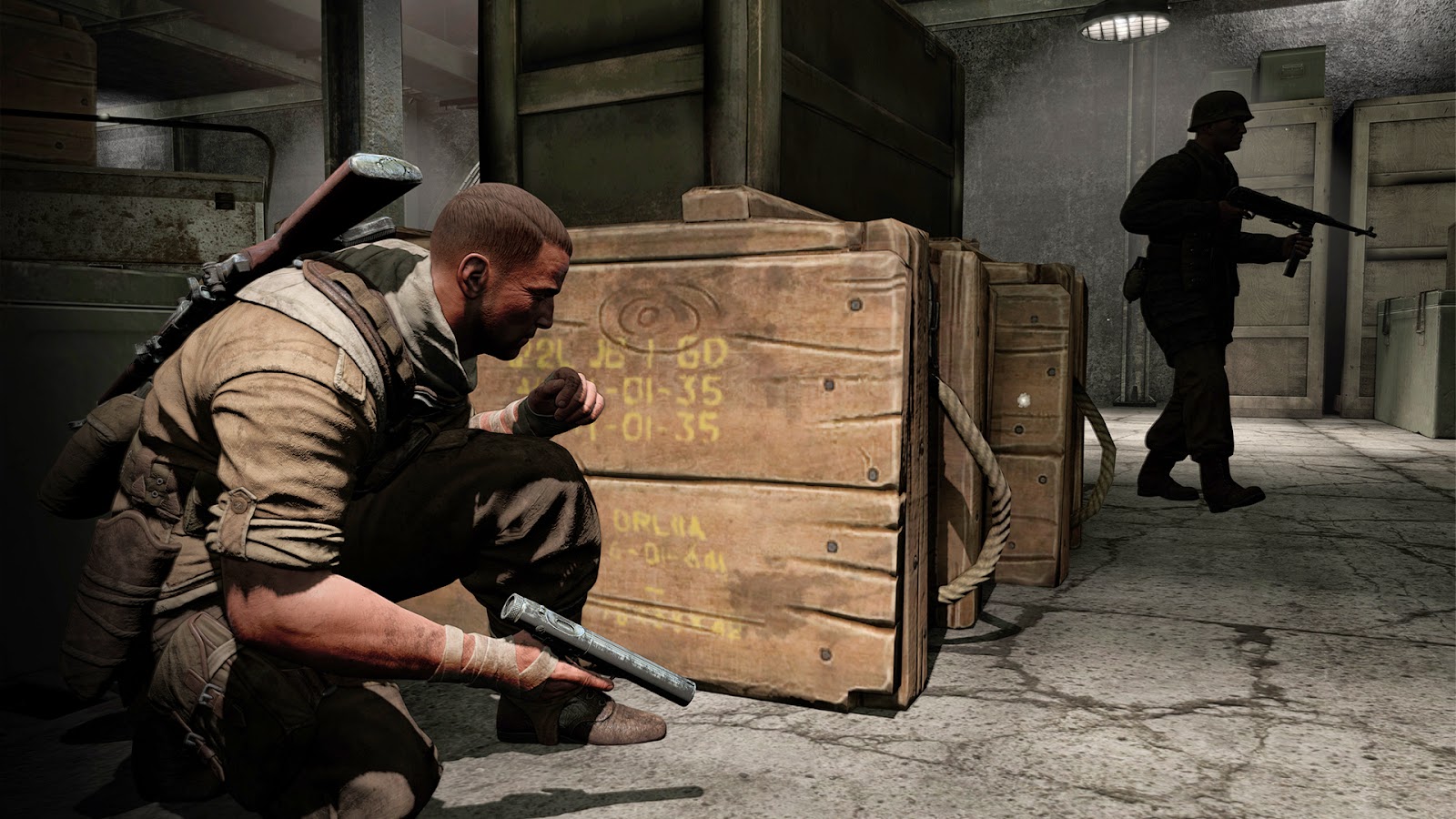 Sniper Elite III does a excellent job when it comes to graphics with every scene being highly detailed and beautiful. Players will notice that a great deal of work has went into creating realistic environments from the explosions that create huge sand clouds to the exquisitely distressed buildings. Sniper Elite III contains responsive controls that make gameplay easy to pick up by all levels of gamers from the beginner to the hardcore. During a mission, a waypoints guide the player to their destination for completing their primary objectives, with the ability to use the “toggle” option to refer to their mission briefing when needed.

The best part and definitely the main focus of Sniper Elite III is mastering your sniper rifle. The animation sequences when you take those crucial shots, as the camera zooms in on your kill, really adds a great deal of satisfaction to gameplay. While most games just have the player point and shoot, Sniper Elite III focuses on a large array of factors, which adds a great deal of difficulty and challenge to every shot. Some of the factors that players must take into consideration when making those perfect shots are your character’s heart rate, position and distance. There are many ways to play Sniper Elite III that includes the ability to go in with guns blazing or using a more stealthy strategy were you crouch and sneak up on your enemies. The silent kill, were players sneak up behind the unexpecting enemy and take them out by pressing the “Y” button, definitely offers up a less stressful alternative to the chaotic gameplay. Once your opponent’s lifeless body falls to the ground then you will have the option of holding “X” to search the corpse or pressing “A” to pick up the body to dispose of it. Nothing is more fun then desecrating your fallen enemy and stealing their pocket change! 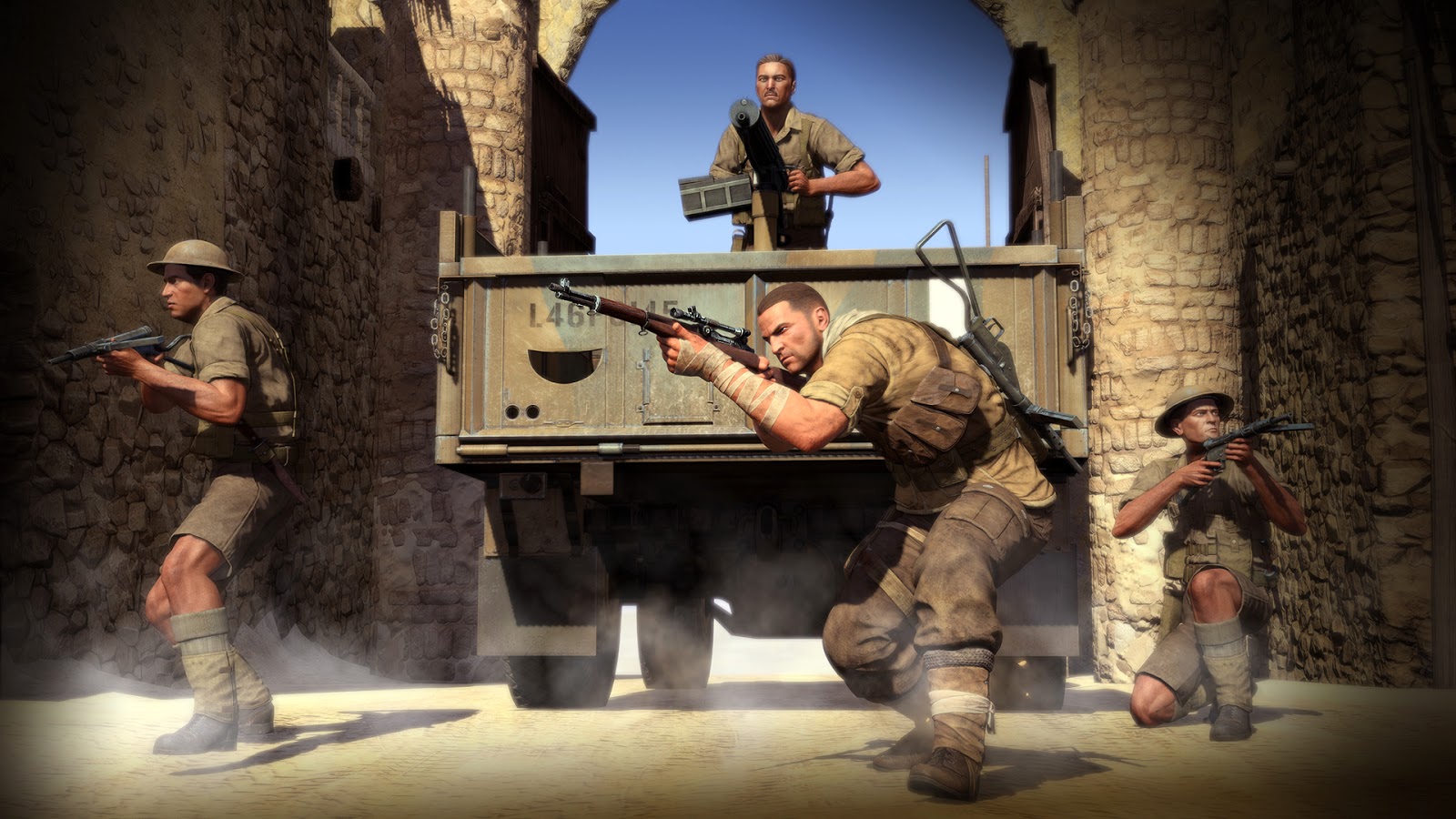 Sniper Elite III offers up a fun Mortal Kombat type experience when it comes to combat since every perfect shot zooms in on your kill and shows the bullet piercing the body. The amount of XP gained during kills really depends on your accuracy and creativeness with the more imaginative kills receiving more XP. Players can incapacitate their enemy, literally blow their face off and even take out their foes with a kidney shot. Sniping in Sniper Elite III has to be one of the most entertaining times ever had by anyone here at BioGamer Girl when it comes to using a rifle. However, players don’t have to feel limited to only using their sniper rifle since there are other options for combat that includes using your Welrod, Sten MK. III, dynamite, grenades and more. There is even the option of just distracting your enemies by using a rock or flint and steel! As you progress through the game, you will gain more XP and rank with the option of purchasing better weapons and accessories. The areas in Sniper Elite III are huge compared to previous versions and offer up a great chance for exploration during the eight game missions. Gamers can check out areas with their binoculars before progressing toward the next waypoint which allows you to sneak up on your enemies or take them out from afar. If you are detected by an enemy, then a red icon will flash above their heads, and you can expect all nearby foes to come at you in full force from that moment on. Rushing into enemy territory is often a huge no-no and can get you killed in seconds were even all the med kits and bandages in the world can’t help you!

In the end, Sniper Elite III is a terrific game that is well-worth the purchase price. While the game can occasionally suffer from repetitiveness and AI issues, Sniper Elite III mostly offers an overall enjoyable experience. Sniper Elite III has great visuals and sound effects with entertaining gameplay that seems fresh and imaginative. Is Sniper Elite III a game that you will play one time and forget? Definitely not. The multiplayer options and side challenges will keep you playing for months on end. If you have been looking for a exciting new title that offers up something that other shooting games lack, then look no further then Sniper Elite III! 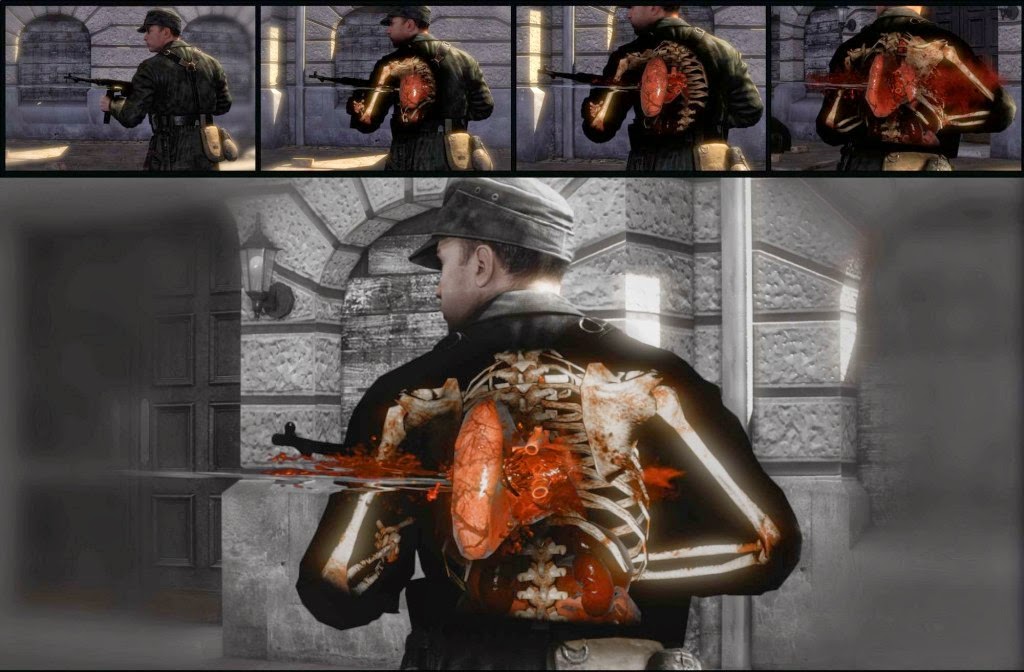 Overall, I'm giving Sniper Elite III 3.5 out of 5 stars. The gameplay is great and it goes to new depths and standards, however the limited number of missions and generic story line were disappointing.

Geeks, Nerds, Gamers ... we’ve all been outcasts for years, decades if you will. We are finally getting recognition and notice and I feel that it is merely just beginning. The force is strong within us all and when we come together and unite for the purpose of staying informed and growing as a whole, everyone benefits. That’s what I expect. I hope to help G33k-HQ continue to grow, expand, unite and inform the Geeks, Nerds and Gamers of the cyber world.
@@giigglezz__
Previous Anime: Digimon Adventure Tri News and New Art Released
Next Video: Nathan Fillion & Alan Tudyk Release First Teaser For ‘Con Man’