Fans of Star Trek should be happy about today’s announcement that the VR  Star Trek: Bridge Crew game is getting The Next Generation DLC on May 22nd. The game will not only have the original Enterprise but now Enterprise (NCC-1701D) bridge, a new role called “Operations,” Romulans, the Borg,  TNG-era uniforms, Soong-type androids and more. We added the Enterprise (NCC-1701D) bridge and rebalanced our game to accommodate its new capabilities, we replaced the engineering position with a new role called “Operations” on the 1701D bridge (it’s now my personal favorite position) which focuses on crew management and maximizing ship buffs, we’ve added Romulans, we’ve put in the Borg, created TNG-era uniforms, gave players the ability to make their avatars Soong-type androids, put in new shield modulation and precision phaser fire mechanics, took a pass through our play spaces so that more solar systems will be utilized by Ongoing Voyages (our randomized Starfleet mission generator), and added two new Ongoing Voyages (“Resistance” and “Patrol”) complete with new voice work and unique mission mechanics. Oh, and we also threw in some fan favorites such as a fully functional Planet Killer, complete with deadly anti-proton beam.

So yeah, we’re adding a lot, and we think fans (old and new) are going to really have a great time playing through it all. A lot of very talented and smart people worked very hard on this, and I couldn’t be more proud of what they’ve accomplished.

I’m both old enough to remember when The Next Generation was on the air, and young enough for the Borg to have been seared into my nightmares, so when asked to develop a new Ongoing Voyage for the DLC, the Borg were top of mind.

We wanted to create something that did justice to the Borg by conveying the sense of cosmic, existential dread that the Borg always inspired in me. With their singular goal of assimilation, and their disregard for anything or anyone standing in their way (except for Species 8472, of course), I really think they’re one of the most elegant enemies in science fiction. There’s something quietly menacing about them that tickles an animalistic fight-or-flight response, and I wanted to capture that.

In short, I wanted to scare people. 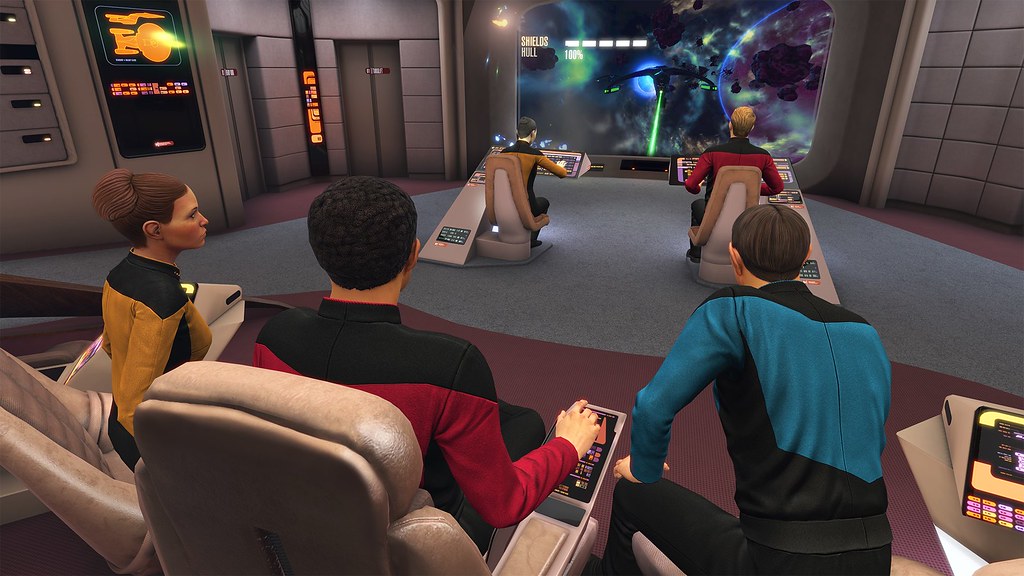 The structure of “Resistance” was heavily inspired by classic rogue and roguelike games, which I think do a great job of driving tension, and challenges the player to travel across space to retrieve scattered anti-Borg prototypes to fight off a Borg Cube that’s happily assimilating and slaughtering everything in its path. 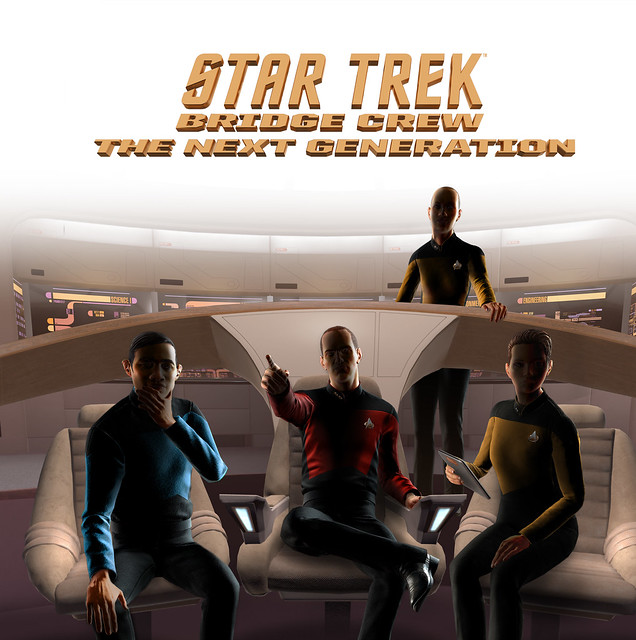 Along the way, crews are faced with randomly presented challenges that have to be completed with the knowledge that every second spent brings the Borg Cube ever closer. Warping to another solar system will buy you time, and each prototype successfully collected will provide you with a new tool for fighting the Borg…but each time you face the Cube, it’s adapted to your tactics and becomes ever more powerful. And the Cube gets very mean, very quickly.

It’s meant to be difficult, encourage serious lateral thinking, and reward a spectrum of success. In that sense it shares a lot of creative DNA with the Kobayashi Maru challenge mission, which I also designed (I guess I have a type) and we included in our base game. Watching countless streamed hours of crews attempting to beat an unbeatable mode, and having blast while trying, really informed a lot of the moment-to-moment design of “Resistance.” I learned a lot about high-level bridge crew play by watching crews come up with amazing strategies, compare scores, and thoroughly humble my mission design.

With the insights gained from watching players attempt the Kobayashi Maru, the “Resistance” structure solidified itself early in development. It was a simple enough idea: run away from the Borg until you get powerful enough to turn and fight. But it turned out to be one of the most challenging balancing problems I’ve faced in my career.

Not only did I have to account for the operational capabilities of three very different starship classes — if you beat this voyage with a perfect score on the original bridge, I’ll frame your after action report above my desk — but we also had to find the right level of “meanness” for the Borg Cube.

And if you’ve played Bridge Crew you know that, as a social game, some chaos is always fun but utter madness can be frustrating. It’s a classic Goldilocks problem, and a nearly indestructible Borg Cube easily veered into the joyless kind of chaos early in testing. So, we spent a long time tweaking very small damage and regeneration values, along with AI routines, to find the perfect balance between utterly terrifying relentless purser, and something approaching a traditional video game enemy. After countless crew members lost, and more than one rage quit, I think we finally hit the right point.

Being a very hard enemy, we really wanted to encourage lateral thinking with this voyage. A lot of design work went into putting in enough systemic elements to encourage crews to formulate outlandish schemes and pull them off. As a result, I’ve seen the Borg Cube defeated by play testers in some truly amazing ways.

One of my favorites included a dangerous space anomaly and a well-timed warp core breach. That crew failed their current objective, but won the larger battle, in a way which made me slow clap in my semi-secret playtest observation corner. I’ve also seen testers bait both friendly and enemy AI ships into forming a fleet to help them take the Cube down—unintentionally recreating the “Battle of Wolf 359.”

And, honestly, I’m sure in the first week some crack crew is going to put together an utterly left-field approach to defeat the Cube in a way I never dreamed of. I’m looking at you, r/BridgeCrew.

I strongly feel that failing an objective to complete the larger mission is in keeping with Starfleet best practice. It’s something we’ve tried to design for from day one, and thus wanted to recognize and reward “Resistance” players who exhibit that kind of thinking in a measurable way. We thus built in a scoring system which measures mission outcomes on a gradient and rewards a spectrum of success.

Players are encouraged to accomplish sub-objectives and collecting mission critical prototypes. Doing everything will still get you the highest possible mission score, but if crews manage to somehow save the day without doing any of those things, they’ll still get a mission success and a positive mission score.

After a very long process of iteration, testing, and pounding my fist on my desk, I think we got there. The Borg Cube is big and scary, being chased by them is fun, and a great crew can beat them if they work together and think outside of the box.

And when the Borg hail me, and tell me that resistance is futile, I get the same chill I got when I was a kid all those years ago sitting in front of my television. I’m pretty proud of that…….

Just another G33k out in the verse having fun and helping spread g33k news and culture everywhere!!
@@jereslack
Previous Film: 2 New Solo: A Star Wars Story Clips
Next Video: Dad Jokes with Kratos